GeneralANDREW PRIVILEGED TO BE PART OF HISTORIC EVENTS AT HILLSBOROUGH CASTLE

ANDREW PRIVILEGED TO BE PART OF HISTORIC EVENTS AT HILLSBOROUGH CASTLE 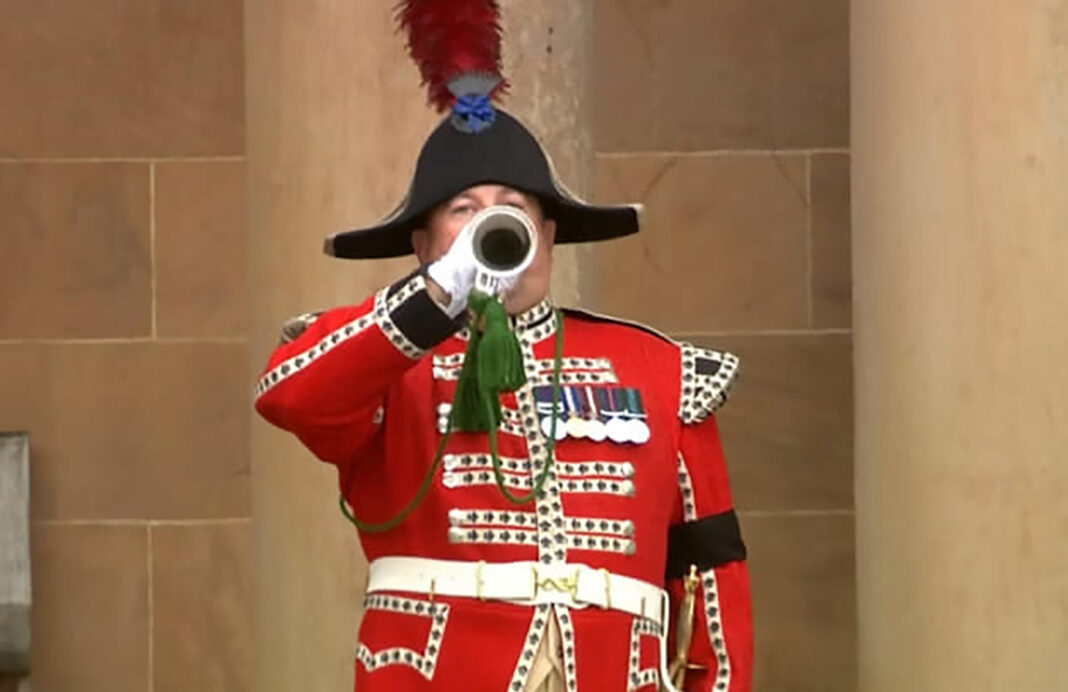 THREE years ago Spa man Andrew Carlisle was tasked with composing a piece of music for an historic day. And it was on Sunday that ‘Royal Hillsborough Flourish’ was performed after the accession proclamation was read to the people of Northern Ireland, signalling King Charles III’s accession to the throne. The Norroy and Ulster King of Arms Robert Noel formally declared the accession of Charles III to the throne following the Queen’s death. Amid heavy rain, around 200 invited guests were inside the castle grounds, while hundreds more watched from under umbrellas outside the main gates.

Hillsborough Castle is the royal family’s official residence in Northern Ireland, and the County Down village was recently honoured with a ‘Royal’ prefix in recognition of its longstanding regal links. The ceremony began with the Royal Irish Regiment (RIR) band leading a procession of a Proclamation Guard from the 2nd Battalion of the RIR and representatives of Lisburn and Castlereagh Council to the front of the castle. Prior to the proclamation, a 40- second fanfare was sounded by Andrew.

A bell in the clock tower of the castle’s Court House chimed once at 12 noon to signal the start of the reading. As Norroy and Ulster King of Arms, London-born Mr Noel is one of three senior officers of arms at the College of Arms in London. Following the proclamation, a 21-gun salute was fired by the 206 (Ulster) Battery Royal Artillery. After the last round, Andrew sounded a royal salute before the RIR band played a verse of God Save The King. And yesterday, Andrew – as bugler for Hillsborough Fort Guard, only one of two private ceremonial regiments left in Europe – returned to the castle, Northern Ireland’s royal residence, to see the arrival of the new King and Queen Consort, Camilla. Describing Sunday’s ceremony as “a truly once in a lifetime moment,” Andrew, a former member of Dunmore Silver Band, said that it was only after the event had come to an end that he realised the magnitude of the occasion.

He said Her Majesty’s death last week meant protocol and procedure fell into place almost instantaneously, and that he knew that very soon he would be performing in public the piece of music he had been asked to compose for “the inevitable” accession proclamation. Charting Hillsborough Fort Guard’s lengthy history, Andrew explained its formation was seen as a gift to the Hill family, from which Hillsborough takes its name, by Charles II in 1660. And with that, the head of the Hill family was awarded the hereditary title of the Constable of the Fort; with the title currently held by the 9th Marquess of Downshire. “In 1660, it was ordered that a guard of 20 men be raised, and this guard remained in post until after World War One, when the guard no longer recruited, with the last Warder dying in the 1950s,” Andrew explained. He said the role of the Guard all those centuries ago was “effectively a constabulary” as the main road between Dublin and Carrickfergus ran through the fort and it was, more or less, a customs post.

Andrew, the guard’s bugler since 2006, said he was “honoured to be asked to fulfil the role” back then, and that this pride and honour has certainly not diminished over the years. In fact, it’s the opposite. “When I accepted the Warrant in 2006 it was a very proud moment and this sense of pride for the Fort Guard and our role is just as strong, with events in recent days definitely among those I will never forget. They are truly significant and momentous events. Describing them as “once in a lifetime events,” Andrew acknowledged that “when in the middle of it you don’t have time to think about the gravitas of it all; it’s only afterwards that you take a moment and think back and realise ‘I’ve been a part of all that’ and it’s almost a ‘pinch yourself’ moment.”

The Hillsborough Fort Guard’s inception came on 21 December 1660 under a Royal Charter from Charles II, when the fort became a Royal Fort, with Arthur Hill becoming Hereditary Constable of the Fort of Hillsborough, with command of 20 Warders. The Warders or ‘Castlemen’ were paid to protect the Fort which commanded a very strategic position on the road from Carrickfergus to Dublin. The Fort was further improved by the 1st Marquess of Downshire Wills Hill in the mid to late 18th century. By the end of the 19th century, with the Warders’ role being mainly ceremonial, the government no longer wished to pay to maintain the Guard and an arrangement was made to pay the remaining Warders until they died but that a Bugler and Royal Warrant would be retained.

The current uniform worn by Andrew and his colleagues dates back to the late 18th century when Wills Hill, later to be the 1st Marquess of Downshire, petitioned the government to make the Fort Guard part of the military establishment, albeit his own Private Army. The last of the original Fort Guard, Mr Jack Green, passed away in 1955, leaving only The Bugler to carry on the ceremonial duties now based mainly at Hillsborough Castle. In 2011 Hillsborough Old Guard historical society with the permission of the current 9th Marquess of Downshire set about the reformation of the Fort Guard to work alongside the Bugler. Six new uniforms were made and men recruited to fill them and after a decade of hard work it has culminated with six Warders being granted their official Warrants – the first time this has happened in over 100 years.

The aim is to take the Fort Guard up to the full complement of 20 men. Andrew concluded by noting that Dunmore Silver Band, of which he remains a firm supporter and friend, was “honoured” to receive a letter from Her Majesty just a few months ago, congratulating them on celebrating their platinum jubilee, and that the band’s first official performance was at a church service for Queen Elizabeth II’s coronation.