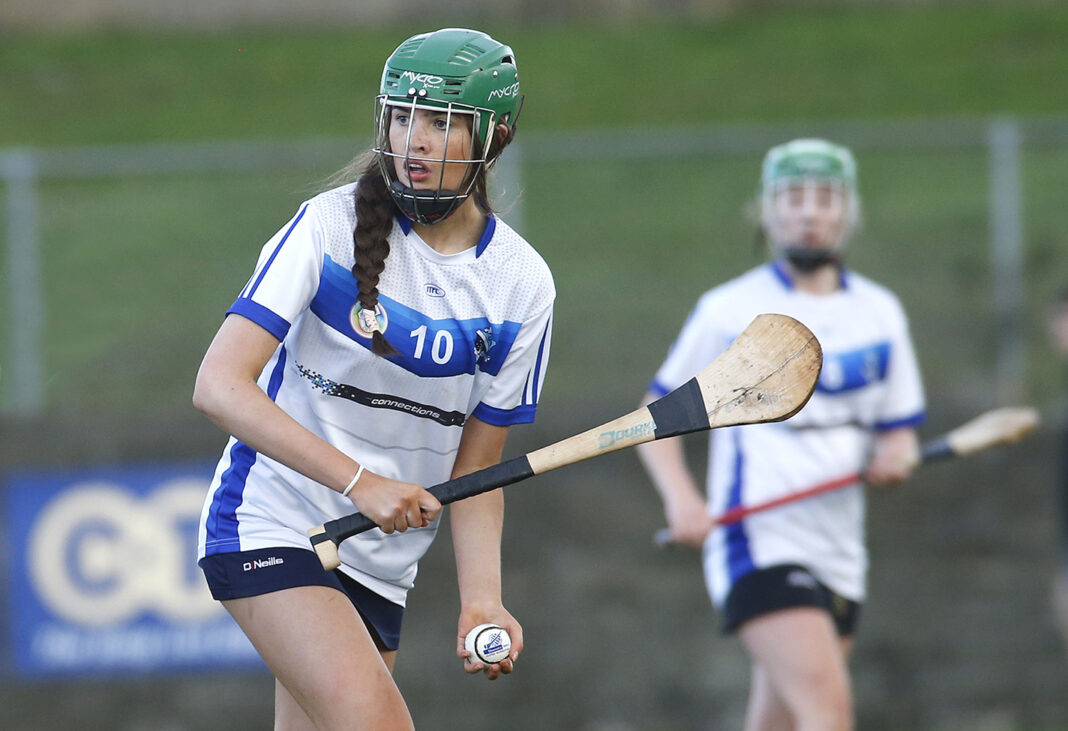 WINNING this week’s Ulster Schools camogie final would be a massive step on the journey for many of the Assumption camogs, according to one of their coaches Neisha McCullough. Assumption play the Loreto from Coleraine in Thursday’s final, with a title on the line. For many of the team it will be the first chance they have of winning a final. “I was chatting to one of the girls about how she feels,” Neisha said. “She said I have never been in a final, a club final, county final or a school final. That stuck with me, that there are girls on this team who have not been on a winning team. “I said to the girls that some of them have never reached a final, but it is an achievement to get there and it would be a great achievement to go and win it. “For the school itself it would really boost camogie in Assumption. They have been a bit more successful in Gaelic football in recent years in reaching more finals. So I think it will be a real boost for Down camogie and especially for Assumption.” Neisha coaches the team alongside Eimear Doyle and Dr Cunningham. And they have watched the team as they have enjoyed a brilliant run to the final. Neisha said that the Assumption girls have put in steady performances all season. They have played well in most games and worked hard in training. “God help them, they were out training in a yellow weather warning. The commitment is amazing. “They have really shown me that they have got it in them to go and win this final.” The standout match for the girls, according to Neisha, was their semifinal win over St Mark’s, Warrenpoint. The Assumption won 3- 8 to 2-9. Alannah McKay, Orla Owens and Leona Branniff grabbed the goals. Neisha said: “Against St Mark’s we were down, and the fight that they had to come back was great. “They never gave up. St Mark’s got a goal and a lot of teams I have coached their heads would have went down, but our Assumption girls went straight up the other end. It was point for point. “That match out of all our games, they had to work the hardest. The rest of the games we were in the lead. The St Mark’s game they had to show grit. “It really shows what they have in them.” The team the Assumption girls have to beat if they want to bring a Camogie title back to the school is the Loreto Coleraine. The Coleraine side have enjoyed success earlier this year when they won the Ulster Shield final. Neisha said that she expects a difficult game. “From what I have gathered it is going to be a challenge. We have not had success in the last couple of years. Loreto won a shield competition last year. “They will have a strong team coming out. It will be a tight game. “I will back our girls after the semifinal. They really have got the determination to win now. If things are going bad, I wouldn’t be worried after seeing what they did in the semi-final.” One of the aspects of this team is how the team has developed and grown during the campaign. “They have gelled together,” Neisha said. “A lot of them are not in the same classes or year groups. They are different friend groups. “We are predominantly Year 11, the teams we have come up against are Year 12. “So I was pleased with how they gelled together. “On the bus going to games you can see Year 10s sitting with Year 12. “School camogie brings that out of them, getting friendly with other clubs and age groups.” The team had a few injuries during the year but they have cleared up and so there will be a full panel. “I don’t think I have ever coached a team with such a strong panel. I’ve tried to preach that to the team that the ones that are on the bench could come on and be just as good. We are really lucky. We have got a good squad.” The strength of the squad is a positive sign not only for Assumption but for Down Camogie in general. Neisha explained that the spread of clubs represented in this team is remarkable. Lily Burns and Erin Daly are from Bredagh. There are Castlewellan girls, Ellie McCabe and the captain Aine O’Neill. Lisa Gilmore is from Ballycran, while Ballygalget’s Ríona Savage, Ciara McConnell and Leona Braniff are key players. Naoisha said: “We have a combination of girls from Castlewellan, Liatroim, the Ards, and then we have a couple of Dromara players. They (Dromara) seem to be really coming on at underage. “The Dromara girls who are starting are absolutely magnificent. They are really talented. I would say to them that Dromara will be some club in the next few years. “We are lucky at the Assumption that we attract girls from all over. That is one of the reasons why we have been successful this year.”