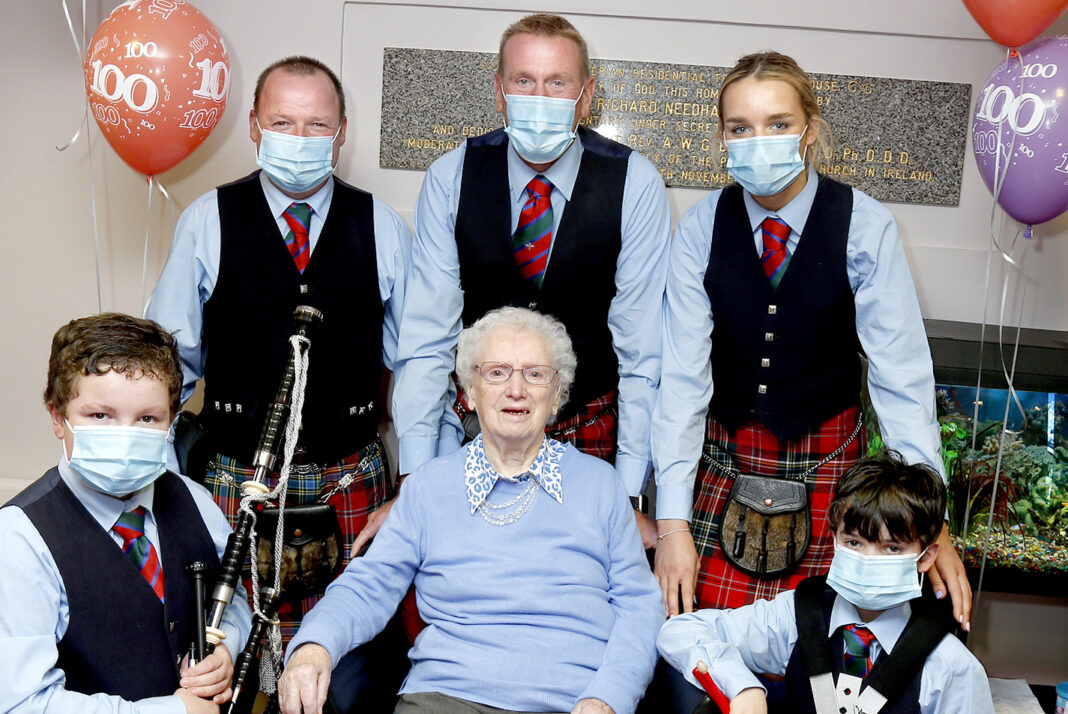 A DOWNPATRICK woman has celebrated her 100th birthday, with a rousing rendition from members of a local pipe band.

Rose Feenan, who is from Downpatrick but originally from Crossgar, enjoyed a birthday party on Saturday October 30 at River House in Newcastle where she stays, though her birthday took place last Thursday (November 3). On her birthday she received cards and letters from King Charles, Gawn Rowan Hamilton, the Lord Lieutenant of County Down, a letter from Michael D Higgins, the President of Ireland, and a papal blessing from Pope Francis. Her family said she was particularly moved by the letter from the Lord Lieutenant, who wrote a ‘lovely letter’.

Rose has been in River House for about a year. Her family said: “The family are so grateful to River House. They are really loving towards all the residents and we want to publicly make a note of our appreciation for all the work that they do.” Fiona from the River House organised to have the pipers play for Rose on Saturday October 30. Fiona’s children had played at River House before and Rose had enjoyed them so much.

Rose’s brothers Danny and Dennis were keen pipers and played in the famous Downshire band and competed in many pipe band contests. Rose lived in Downpatrick all her life, though she was born in Crossgar in November 1922. She worked in Downpatrick in Rea’s Hotel, in the milk bar. She also worked in the Oakley Fayre.

She was married in 1960 to her husband Jack, who died in 2001. She has one sister living, Jean Price. She had four brothers, Thomas, Daniel, Dennis and William. She had a brother and a sister who died in infancy, and two other sisters who are deceased; Cassie – who died when she was 26 – and Bridie.