SportCLARA DELIGHTED TO BE DOWN UNDER

CLARA DELIGHTED TO BE DOWN UNDER 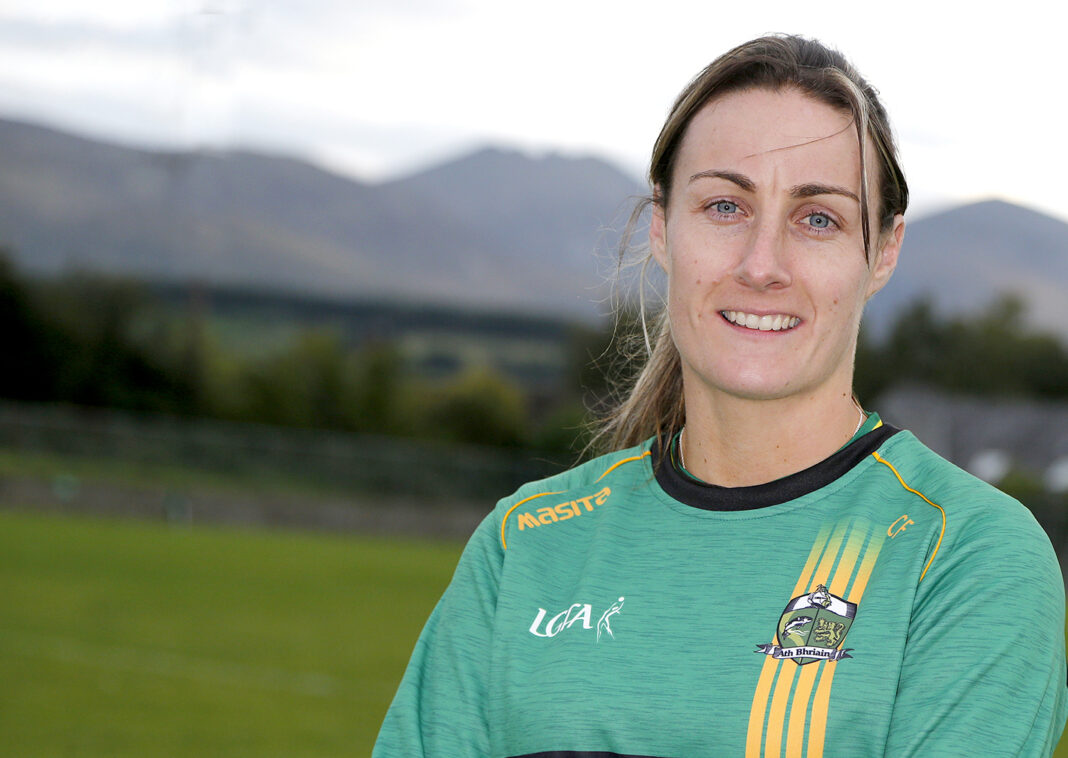 CLARA Fitzpatrick’s journey from being an interested observer of the Women’s AFL to becoming a key member of the St Kilda team has been remarkable. Exactly six years ago the Bryansford and Down footballer made the trip to Australia that would change her life. Having been told about an AFL project in April 2016 to allow girls to come along and try out the game in Ireland, that led Clara to twice appear for the Irish Banshees in tournaments in London and Dublin. In the autumn of 2016, she decided to travel and went to Australia. She had no plans to play Aussie Rules football, but while she was out there working as a physiotherapist and playing for a GAA club she took up Aussie Rules socially, with Diamond Creek club. When a Diamond Creek coach went to work for the Melbourne University team in 2017, he brought Clara along. She played for Melbourne University in 2018 but from there was encouraged to try out for the VLFW Southern Saints team. Following those performances, she was selected on the St Kilda team for the 2020 season. In her first season she played five out of a possible six matches and won the St Kilda’s coaches’ award. In 2020, Covid hit. Clara had already planned to travel home in the summer of 2020, so she moved her flight home sooner and arrived back in Ireland within days of making the decision to return. She had hoped to go back later that year, but visa issues scuppered that. Clara had wanted to work as a physiotherapist as well as playing but her visa didn’t allow that. So, the St Kilda team put her on an inactive contract. Then in the 2021 season, an ACL injury suffered in Ireland ruled out her return. Clara said that at that stage she didn’t know if she would ever return to St Kilda, but the club had other ideas. They had already set aside her jersey number, 24, for the day she returned. That day came in August of this year, and she is back playing for the club, who are on record as saying she is an important member of their team. In this interview, the 32-year-old answers questions about what her return to the AFL has been like, and what life is like as a professional athlete in Australia.

MOURNE OBSERVER: HOW ARE YOU ENJOYING THIS YEAR SO FAR?

Clara Fitzpatrick: So far, I’m really enjoying it. It’s been great to get the opportunity to come out and play again. Although there are a lot of new faces, both on the team and on the management side of things, I’ve been getting on well.

MO: What has been the best game you have played in this year and why? CF: Probably the first game we played against the Sydney Swans and just for the fact we played really well as a team in that first game. It was pretty exciting for me as that had been my first game over the past two and a half years.

MO: Is this season much different to the previous season you played in? CF: Yes, there have been a few changes in terms of players and management from the last time I played. The standard of the game has definitely improved over the past few years. The season has changed in terms of more matches being played – 10 rounds plus finals this season and it’s now being played in winter/spring as opposed to the previous summer season.

MO: For those of us who don’t understand AFL, what is your position in the team and what are your roles?

CF: I play as a defender in the backline and my key role is to prevent the other team from scoring or limit the goals scored against us. I work alongside four other defenders and together our main goal is to defend our goals and try to work it up the field towards the opposition goals.

MO: While you were on your enforced break from the AFL did you expect to come back, or did you have doubts whether you would be able to return? CF: Yes, I honestly wasn’t too sure what I was going to do. It had been quite up and down and it was a tough decision but I’m glad I had the option to return.

CF: So, we generally train Monday, Wednesday and Friday afternoons, with matches at the weekend. In between times I would tend to go out for lunches/dinners quite a bit and catch up with friends. We have great facilities available to us, which enables us to use the swimming pools, heated pools or recovery boots when we need, so I tend to utilise those.

MO: What are your teammates like? Are you close with them? Do you socialise away from the game?

CF: Yes, so I have another Irish girl on the team and an adopted Irish which is great to have and we would tend to socialise most days for catch ups on trips away.

MO: What is your social life like over there? Do you meet a lot of other Irish people?

CF: The social life is pretty good over here, there are lots of Irish which makes you feel more like home. I previously played Gaelic football with a club out here so I would regularly meet up for a steak night with the girls. I was out at the Gaelic Football State Games in Melbourne; great Irish feel and community about it.

MO: Where are you living and what it is like?

CF: I’m living around the St Kilda area of Melbourne and roughly 10 minutes’ drive from the club, which is very handy.

MO: You were home briefly, what was that like?

CF: It was amazing being home, although it was only a flying visit. I was over for a week. I had the best time. I was a bridesmaid for a good friend of mine and the wedding was so much fun. I also got to see family when I was back and that’s always great. My club, Bryansford, were in a final and I went out to support them too which is always nice – great bunch of girls.

MO: How long would you like to maintain the lifestyle of playing in the AFL?

CF: My initial thoughts were to come out and play one more season and see how things go. At the moment I’m not sure what I’ll do next season, but I will see how everything goes over the next few months.

MO: Do you think more players from Ireland will be able to go and play in the AFL?

CF: Yes, I believe the talent pool is definitely there and the pathway is becoming a lot easier for players wanting to play. Most AFL clubs are keen to have some Irish players on board as they tend to bring a different element to the game.