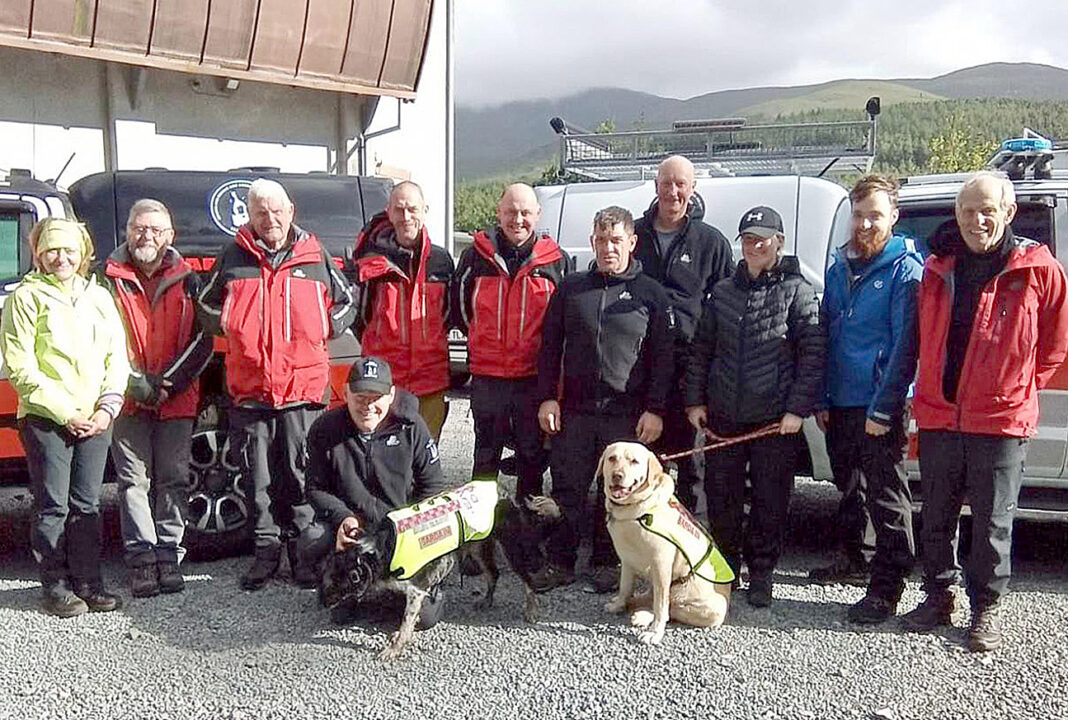 The Newcastle-based Search and Rescue Dog Association (SARDA Ireland North) said it is thrilled to welcome the three newly qualified dogs to its fold. Raph O’Connor’s Bee qualified as a cadaver search dog, Davy Fraser’s Dexter – who he rehomed from a shelter several years ago – has passed out as a mountain search dog and Michael McCamley’s Bodhi is now qualified in three disciplines; mountain rescue, collapsed structure and lowland search. The three dogs underwent intensive assessments before qualifying and ‘worked their paws off’ to ensure they were ready for their assessments. Their achievements have left volunteers at SARDA “beaming with pride”. Bodhi and Dexter, plus their owners, spent the past two years undergoing training to prepare them for the assessments, held over several days in the Mournes mixed terrain, which were subsequently described by the charity as “gruelling”. External assessors had travelled from Scotland to cast their expert eye over Bodhi and Dexter before passing them out, with the dogs called out to assist in a multi-agency search in the Annalong Valley area within hours of gaining their qualifications. The SARDA IN representative said: “We are so proud to announce that we have another two qualified Mountain Search Dogs on our call-out list. “Bodhi, along with handler Michael McCamley, and Dexter, and his handler Davy Fraser, have worked their little paws off, for the past two years, to pass the gruelling two-day Mountain Search Dog assessment in the Mourne Mountains.” Noting that search dog Bodhi has now qualified in three specialist disciplines, the charity’s spokeswoman put on record thanks to Paul Meikle and Tom Gilchrist, the external assessors from Search and Rescue Dog Association (Scotland) who cast their expert eyes over Bodhi and Dexter. “Both Bodhi and Dexter spent two years in training and what makes this even more special is that Davy had adopted Dexter from Rainbow Rehoming, a charity based in Londonderry which helps stray, abandoned and unwanted cats and dogs.” She added that the group was thrilled that cadaver dog Bee, who has been trained by SARDA IN’s Raph O’Connor, had qualified in the same week as Bodhi and Dexter. This talented one-year-old will be drafted in to assist in the hunt for human remains which have been buried as a result of natural disasters or acts of crime.