GeneralCOURAGEOUS FLOSS IS CANINE HERO OF THE YEAR

COURAGEOUS FLOSS IS CANINE HERO OF THE YEAR 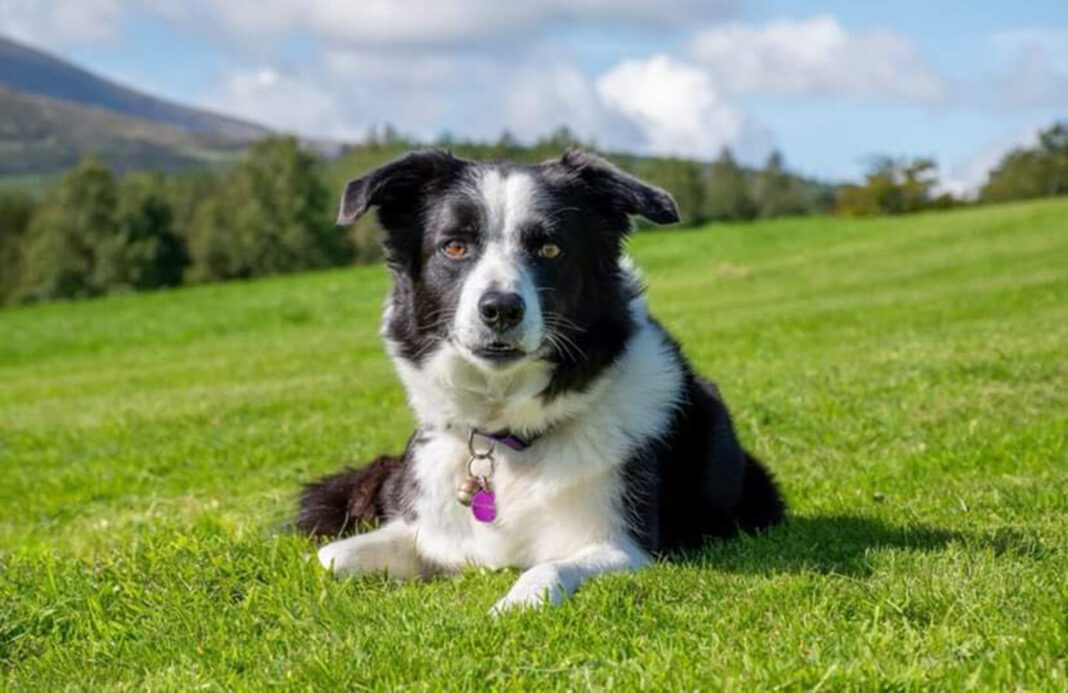 A COURAGEOUS canine has been honoured for her exceptional work within the world of search and rescue.

Floss, who is a key member of the Search and Rescue Dog Association (SARDA Ireland North), which is based in Newcastle, has been named Hero of the Year in the 2022 Petplan Pet Awards. Floss is no stranger to awards ceremonies and nominations. She was narrowly pipped at the post last year for the title of the UK’s ‘Super Dog’, when she attended a red-carpet gala event in London. Floss received the Hero of the Year accolade for her amazing efforts when she located – and undoubtedly saved the life of – a woman who had been missing for a number of days after vanishing from the Ulster Hospital, where she had been receiving care.

The Border Collie, who just a few months ago gave birth to a litter of beautiful puppies, is now aged seven. It was back in the summer of 2019 that Floss – the UK’s most qualified volunteer search and rescue dog – and her owner and handler Newcastle man Raph O’Connor were drafted in to assist with the hunt for the vulnerable person. With her air scenting skills, Floss, who is trained to work in various settings, including rural and urban environments, as well as collapsed structures, played the main role in saving the woman’s life. At the time she was thought to be just a few hours away from death. Floss located the vulnerable adult on the outskirts of Bangor, four days after she went missing from the Dundonald hospital. Various emergency services had been involved in an extensive search for the woman when SARDA was asked if it could assist.

Specialist search teams had been scouring the hospital grounds and extended the hunt across the greater Belfast area. Time was of the essence – with every passing minute the woman’s chances of survival were diminishing. Floss and her trusted sidekick Raph headed to an area of overgrown land, with the skilled search dog springing into action, sweeping the area for any signs the woman had passed through or was still in the vicinity.

Very soon Raph realised Floss had picked up a scent. Within 10 minutes of starting to sweep the land, Floss was already honing in on one area and then gave a clear signal to Raph that he needed to carry out his own investigations. Moments later Raph was standing, with Floss by his side, next to the unconscious woman. It was clear she had been lying there for a lengthy period of time. At one point rescuers feared she would not survive.

However, miraculously, after three weeks in hospital she was able to return to her loved ones, with her family continuing to this day to express their gratitude for Floss’s lifesaving efforts. At the time of the rescue it was widely acknowledged that had it not been for her search capabilities, the missing person may not have been found in time. Floss was entered for the ‘Hero’ award by Raph and his wife Clair, who say Floss is always a star in their eyes.

An independent panel of pet experts had the challenge of wading their way through thousands of nominations for the Petplan competition before whittling down the five finalists and then selecting the winners for each of the categories – Hero, Survivor, Rescue, Companion and Entertainer. The winners were announced live on the Petplan UK Facebook page by TV presenter Helen Skelton. Raph and his wife, along with the entire SARDA team, including Clair’s dad, Neil Powell, the charity’s founder, were delighted to see Floss’s skills once again being recognised. “Petplan’s independent panel of pet experts chose Floss as the winner of the ‘Pet Hero of the Year 2022’ because they said she was ‘a true lifesaver and hero’ and we are so very proud of her,” said Clair. “When she was tasked to assist in the search for a lady who had been missing for four days, she jumped into action and quickly located her in an unconscious state at the bottom of a field,” added Raph.

With Floss now playing with her favourite prize from amongst a winner’s goody hamper – a tennis ball – the O’Connors said they were thrilled she received “her amazing prizes” earlier this month. “We are all so incredibly proud of Floss and the work she does in the pursuit of helping others and saving lives,” Raph added. “These awards celebrate the unconditional love between pets and their owners, in addition to recognising how they enrich our lives and shape the world in which we live. “We are very proud to have Floss as part of our family. She, like all the dogs in the SARDA team, really is a star.” To keep up to date with SARDA IN’s work in the community follow its SARDA Ireland North page on Facebook.

Earlier this month, SARDA IN dogs were involved in locating victims of the Creeslough service station explosion in County Donegal.