Down Ladies show class in ‘must win’ match 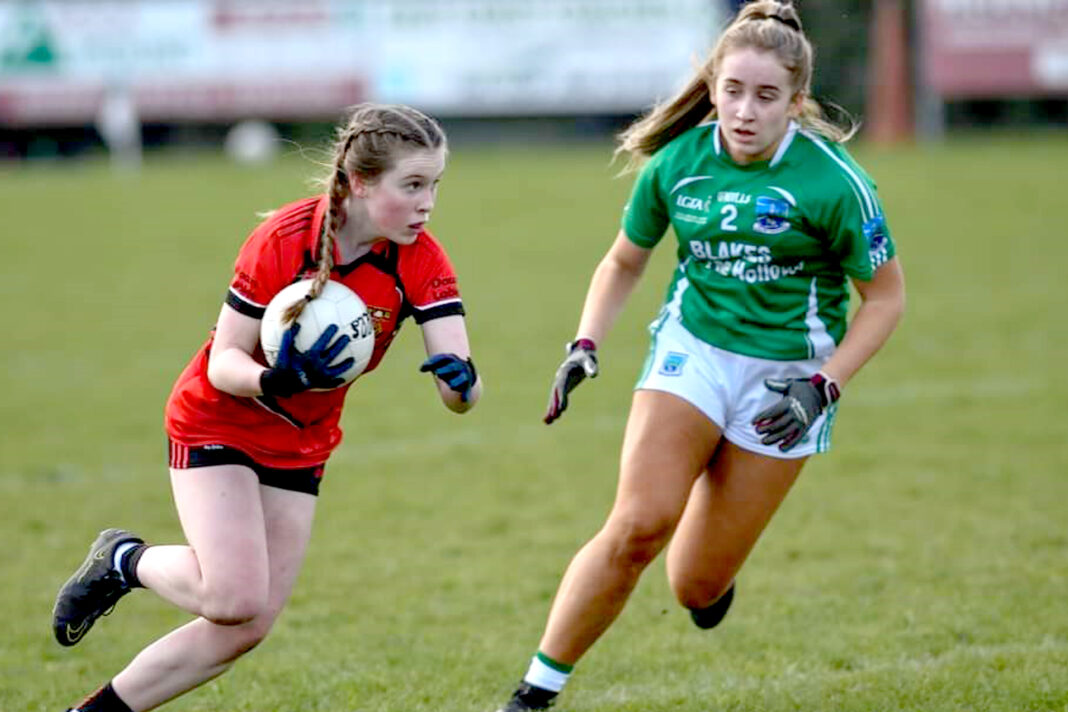 DOWN U-16 ladies faced Fermanagh in the second round of the campaign in a sunny Saval on Saturday morning. This was a must win match for the Down team. The Fermanagh team started brightly and had most of the possession for the first five minutes but all they came away with was three wides. When Down ladies got into their rhythm there was no stopping them. Orlaith Valentine got the first score for and she proved a real handful for the rest of the first half, giving the Fermanagh full back a tough time. The Mourne ladies scored another three points in quick succession before Erin Watson broke through the Fermanagh defence for the first goal of the game and it wasn’t to be the last. At this point Fermanagh did try to rally and fight back but the Down defence was equally solid and Cora Byrne-Carvery had two superb blocks in quick succession which demonstrated the grit and resolve throughout the entire Down team.

CONTROL By the water break Down had taken complete control of the match and were leading 3-8 to 0-2. Alannah Maguire in the Fermanagh midfield fought hard for the entire first half but the Down team had too much pace and were moving the ball with ease. By the end of the first half all six of the Down forwards were on the scoreboard and Anna McParland stole up the field from centre back to claim an excellent point. Mention must also go to Cara Donnelly who finished the first half with a very impressive 5-1. The goals all came as a result of fast running and great use of the ball. The teams went in at half time with Down leading 8-14 to 0-2 and, in truth, there was no way back for Fermanagh at that point. In the second half, the Down management made changes and 10 minutes in, virtually the entire team had been changed.

TESTAMENT In testament to the ladies that took the pitch, the second half followed the same pattern as the first and there was no let up from Down. The Fermanagh ladies had a good first five minutes in the second half with Ciara McGarrigle and Aine McCarney showing well but it didn’t last. Eva Murdoch started to control the game from centre half forward and notched up five excellent points, with other points being added by Ciara McLornan, Molly Tumilty and Niamh Grant. The Fermanagh team did manage to test Sarah Nicoletti in the Down goal but she stood up to the challenge and made some great saves, limiting the Fermanagh ladies to only two points in the second half. The Down ladies will no doubt face a stiffer challenge against Derry in the next round but they will be well pleased with the win and, in particular, with their efficiency in front of the posts.