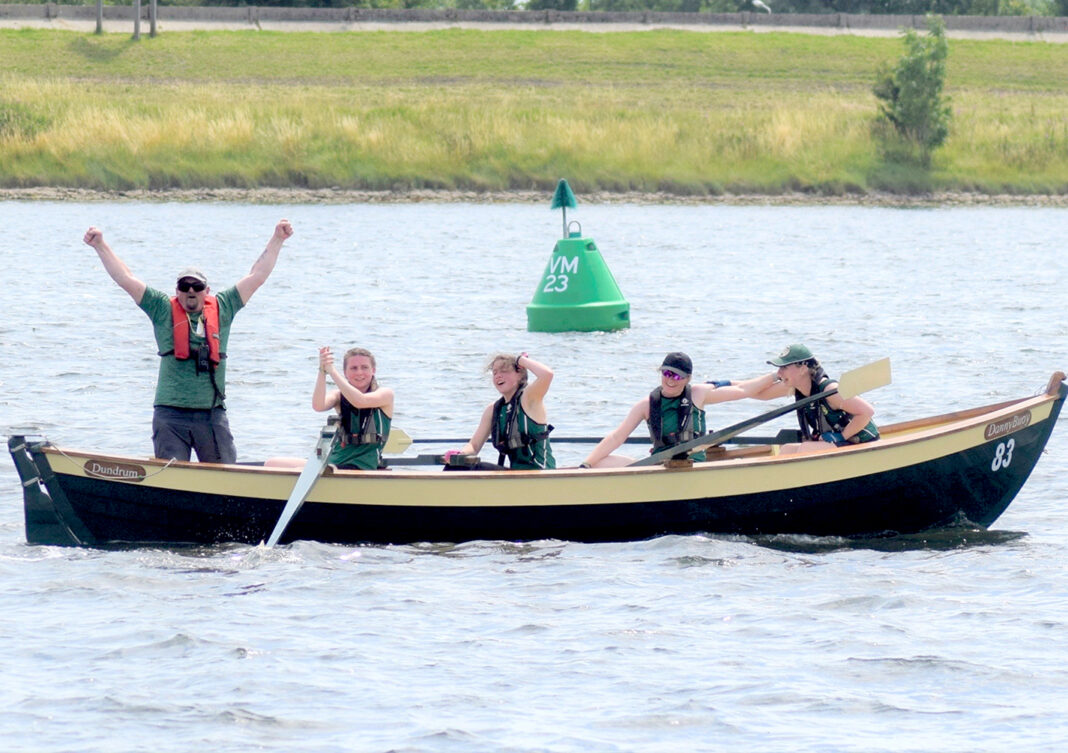 COASTAL rowers representing Dundrum in an international competition are this week celebrating their scintillating success.

There were scenes of jubilation both here and in The Netherlands when Dundrum Coastal Rowing Club won its third World Championship title after a week of intense competition.

The local club, only established in 2014, won the acclaimed St Ayles Skiff international competition, also known as the Skiffie Worlds, at the weekend.

Dundrum travelled to Kortgene in the Netherlands to compete alongside 54 other skiff rowing clubs from around the world.

Dundrum were joined by Sketrick, Strangford, Killyleagh and Ardglass Coastal Rowing Clubs to compete over the two-kilometre championship course for six days of closely contested racing.

After a fantastic start, winning gold in the 60-plus ladies final on day one, Monday, 27 June, it was Sketrick that were the frontrunners, winning gold in the under-40 men and 280-plus men, a veteran’s category where each crew of four must have a combined age of 280 years or more.

Over the next couple of days, the overall standings could not have been closer, with Dundrum and Sketrick picking up gold medals in other categories.

It was not until Thursday that Dundrum started to pick up the pace, highlighted by their 40+ men winning gold in an incredible time of 11 minutes and 26 seconds, marking a new championship record!

The championship went down to the final day, with both Dundrum and Sketrick equal on points based on their top seven results.

With only two finals remaining it was Dundrum’s Under 26 female crew, of Chloe Connor, Caoimhe McMullan, Shannon Connor and Eve Thompson, that sealed an historic victory for the County Down club.

A spokesman for the victorious club took the opportunity to congratulate all of the participating Down Coastal Rowing Association clubs which, he added, “represented our part of the world so well, with all finishing in the top 15”.

Rowers and supporters are still making their way back from the unforgettable competition in the Netherlands and there’ll be further coverage of their incredible exploits in next week’s edition.