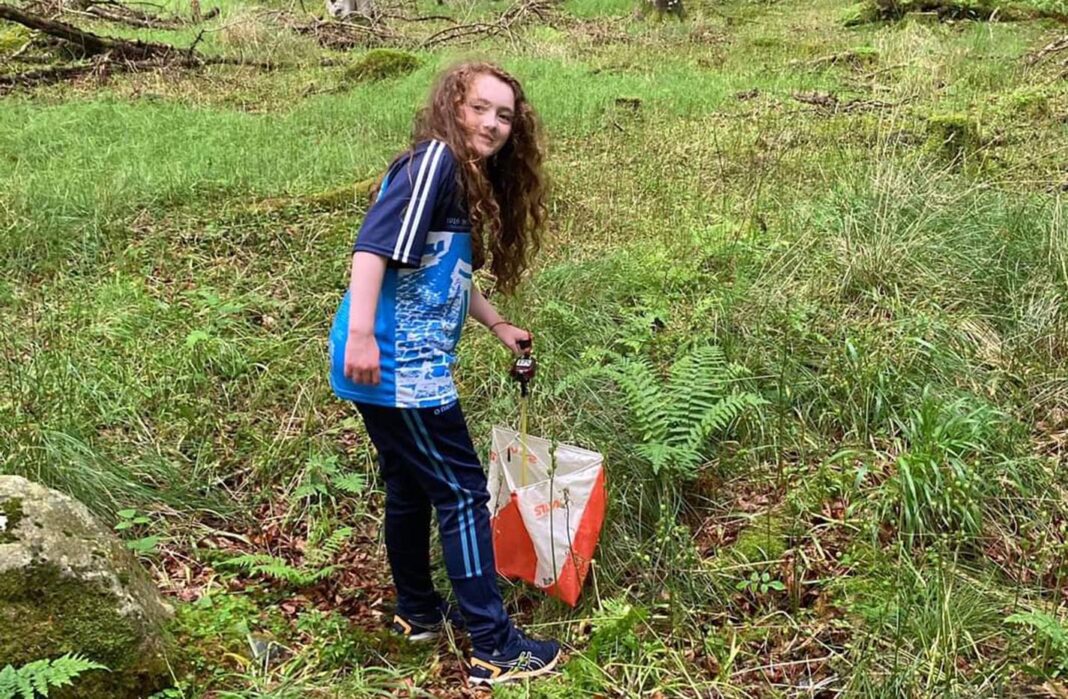 THE second event of the Tollymore Orienteering Summer Series took place on Friday evening. After an afternoon of erratic showers, one could be forgiven for debating whether to bring a coat or not. However, it was clear that the weather gods where in favour of orienteers of all ages and abilities as the rain held off. There was a real family feel on Friday as families and friends worked collaboratively, in varying sizes of groups, to make their way around both the long and short courses. Our four-legged friends also got in on the act and enjoyed stretching the legs.

With control points spotted driving up Tollymore Avenue, we at least knew without the map where one flag was before setting off, so no one returned without at least one control point located. The long course contoured both sides of the Shimna River and some stream hopping was in order. For many of our shorter legged competitors, young and old, this involved some skilful foot placements with supportive and trusting hands to hold to get across. Control point six was billed as being in ‘A Depression’ and was the most challenging point to locate as the landscape hid this flag, deep into the trees. The final control points of both courses allowed for a strong sprint finish for all participants. This Friday, the third event of the Summer Series will take place in Tollymore. For only £5 per map, groups/families can share maps, and the friendly welcome from Juls and her team. The series has welcomed over 50 newcomers in the past fortnight. To book a map email rdo@niorienteering.org.uk with your name, group size and what course you would like to do or contact Tollymore Orienteers on Facebook.