GeneralFood hampers donated to those in need in memory of Marty and... 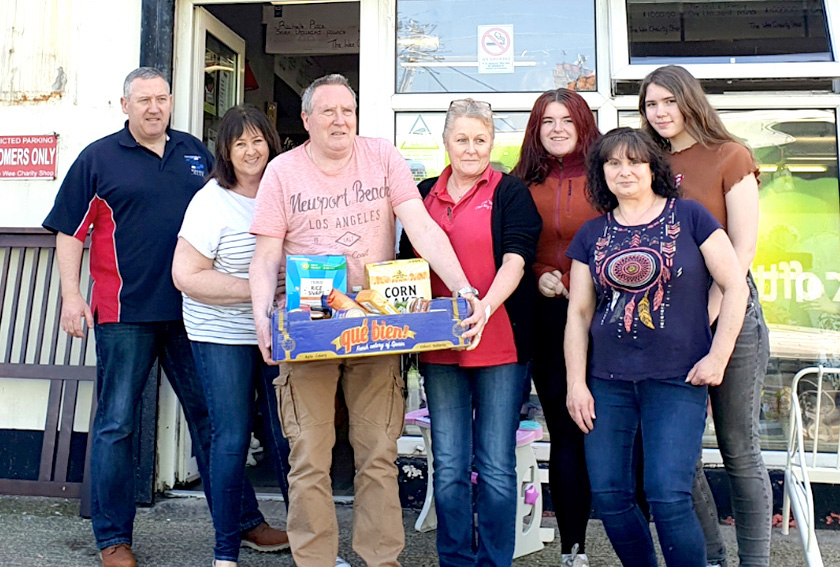 ANGELA Patterson has said her son Marty would have appreciated the gesture of giving away 24 hampers to charity to mark his 24th birthday. Recently the Patterson and McAnallen families gave 24 hampers to those in need as a gesture to mark Marty’s birthday. Marty Patterson and Shane McAnallen died in a tragic road traffic collision while driving home to Bryansford on March 18, 2019 and every year the two families organise charity events to remember their sons as well as giving to charity on their birthdays. Marty Patterson was born on April 2 and his mother Angela explained why she decided to put hampers together.  “I was wondering what I was going to do for his birthday,” Angela said. “I saw on the news about people having to choose between either heating their houses or feeding themselves and their families. I thought to myself that I am pretty sure that that would be something that he would like. “Because he is coming 24 I decided that I would do 24 food hampers.” She messaged her family, as well as Shane’s parents Michael and Bernie McAnallen, and they all agreed that it would be a good idea. The family and friends came together and donated money towards it, Angela and her husband Colin added the money. Michael and Bernie did a shop for 12 of the hampers, and Colin and Angela shopped for the other 12, then Angela packed them herself.  “I did some research on where the best places to leave them would be because I wasn’t sure where would be good.” St Vincent de Paul provided guidance and Angela decided on four places to send the hampers, the Pantry Food Bank, Sister Teresa, the Wee Charity Shop and Ark Community Gardens. “We were really pleased with what we got done, and how much was in them. We were really happy to do it. “People are struggling, you hear about it all the time. We thought that people could be doing with them. “Everyone was delighted with the stuff and they knew people who would be able to take them.” Angela added that her son Marty would have appreciated the gesture. “He went out to Romania and would have brought stuff in his suitcase with him for the kids over there. He would have filled the bag with colouring in pencils and paper. I thought that with the food hampers it would have been something that he would have done himself. “It is a nice way of keeping both their memories alive, and for his birthday, at the same time.”