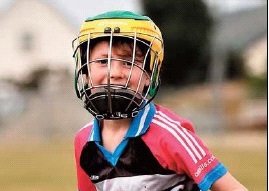 THE number of young players joining GAA clubs in South and East Down has grown since the start of the pandemic. A survey undertaken by the Mourne Observer asked clubs if numbers have increased since the start of Covid. While the survey didn’t return a 100 percent positive response, the vast majority said that their numbers had increased. Ruth Curran from Ardglass reported that their club have indeed noticed an increase in registration. She said that numbers have increased both in juvenile and adult members. Ruth said: “We had been trying to increase numbers but things really took off after the first lockdown.” The same was the case in Ballymartin. Damian Phillips, the Ballymartin secretary, said they have recorded a 10-15 per cent increase in registrations during Covid. The numbers were juvenile, and was equally split between boys and girls. Castlewellan club noticed an even greater lift in registrations between 2020 and 2021, and in particular at U-10 level. They said registrations in that age group increased by 20 per cent. There are hopes that the numbers might increase again, but they haven’t started coaching at underage level yet so they weren’t sure what the numbers would be for the season ahead. One club, Darragh Cross, took an interesting approach to Covid, as they realised that the pandemic would put some families under financial strain, and they addressed the matter by making fees cheaper. A representative told the Mourne Observer: “We did increase membership numbers significantly during Covid. The club acknowledged the hardship of our community and reduced membership rates to individual and families to reflect this. We worked hard on providing a Covid secure environment and improved lighting round the club walkway for the community to utilise during the pandemic. “Membership rates in 2021 were reduced due to the pandemic and frozen again for this year.” Drumaness have reported similar increases and suggested Covid was just one reason, another was the inclusion of female players in their club. Drumaness PRO Connor Lynch said: “We have noticed a massive increase in juvenile activity at St Colman’s GAC. “Last year we had record numbers from our U-11.5s, U-9.5s and U-7.5s and we even started up a nursery for our Gaelic football with numbers reaching over 100 plus at those age groups combined. “We were able to field two teams at U-11.5s for the first time and we started up ladies football via The Gaelic 4 Mothers and others, with 30 ladies coming out to take part in training and play matches. “We are now an LGFA club and for the first time have an U-12 football girls’ team entering the League this year. “We have excelled during Covid and we strive to continue with that development as we hopefully see the end in sight in regards to Covid.” The inclusion of ladies football and camogie also affected Mayobridge. They reported a slight increase in registrations which they put down to having a greater female interest as their camogie and ladies football increased. It was a similar case in Downpatrick, Loughinisland and Bright who also noted increases in registrations, particularly in girls. Phyllis Laird Sharvin from Bright GAC said they ‘definitely’ have seen an increase in numbers, and particularly in young girls. She said: “We are able to field two girls’ teams this year at U-12 and U18 which we never would have been able to have done before. Also, the younger boys U-8s and U-10s have seen increased numbers.” Similarly Saul said that female members helped their registrations increase during the past two years. Gareth Sharvin the Saul PRO said: “We have seen an increase in registration, but more linked to recruiting by underage and ladies mentors. “We have witnessed an increase in usage of our walking trail and the uptake of social hurling.” The increase in turnout in clubs has lifted spirits in many places. Rostrevor PRO Richard Reynolds said that their club has noticed an increase in registration, and he said that the turnout has been remarkable. He told the Mourne Observer: “I remember the first senior training session after Covid restrictions lifted for the GAA in July 2020 saw the highest number of players I had ever seen at that time train with the senior team.” Cumann Pheadar Naofa, Warrenpoint, noticed increases in their playing membership but also in the non-playing members as well. They recorded an increase in those registering for Scór and in 2021 they had as many as 40 new coaches in the club. Overall, the club’s members increased by 161 between 2020 to 2021 in playing and non-playing members. The biggest increase from 2020 to 2021 was in GAA youth playing members which increased by 88 from 2020 to 2021. However, according to Cumann Pheadar Naofa registrar Colm Rice, it is too soon to report the registrations for the new season. They said that they have adopted the new GAA system Foireann, which replaces Serva-Sport, for registrations and they have not completed their membership for 2022. He did say: “Membership is growing each year, especially in our younger year groups (primary school age). And a definite increase in female numbers with camogie up and running again and girls’ football increasing well.” Teconnaught also pointed out that clubs will be slower to present their registration numbers this year because of moving from the old system to the new one. Registration officer Orla Green did say: “We maintained a steady membership base throughout Covid. I think we should see a steady increase in registrations now that we are slowly moving out of Covid and people are ready to get back to some sort of normality so as we move forward into the new season our registrations will definitely increase.” One club did report that their numbers haven’t increased dramatically, and that was Kilcoo, however that is more likely to do with the fact that the club, which recently won the All-Ireland club title, has maximised its potential membership already.