GeneralGHOST STORIES FROM COUNTY DOWN AND BEYOND

GHOST STORIES FROM COUNTY DOWN AND BEYOND 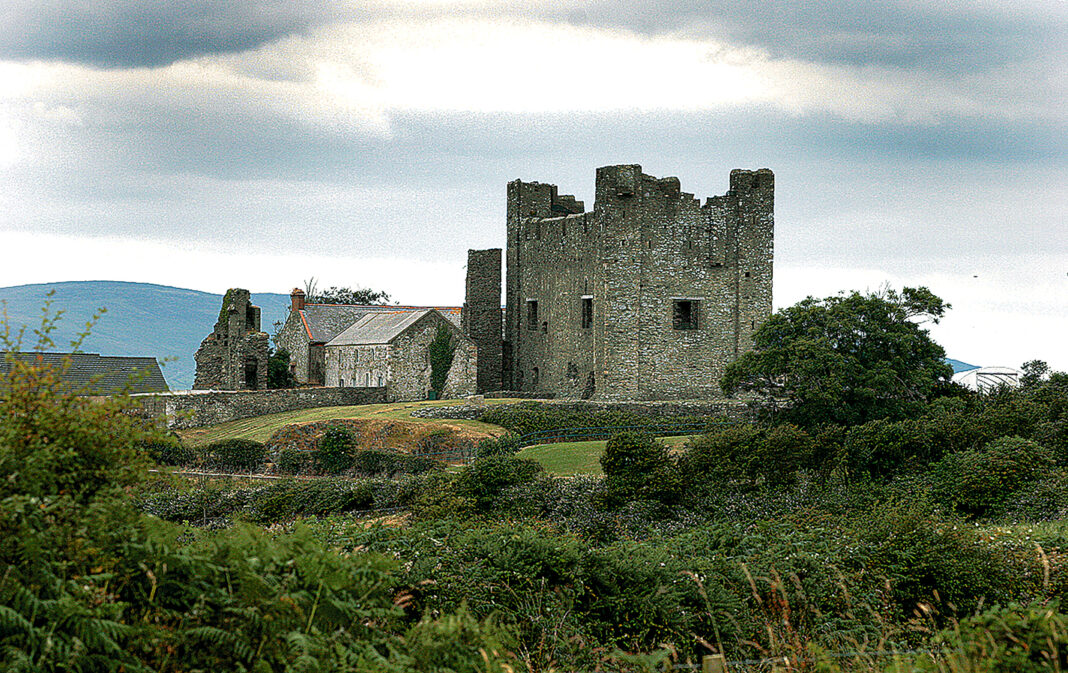 The girl in red velvet at Carlingford rectory

The Your Irish Culture website explains that Carlingford Rectory is in County Louth, and was built in the 17th century. One of its first owners was the Stannus family, an ancestor of the famous ballerina Dame Ninette de Valois. Ernest McDowell was in ownership in 1963 and one day in September he spotted a girl in a red velvet dress, of the Edwardian period, moving towards the front door. He did not see her face. Looking around, McDowell spotted a gentleman entering the gate wearing the high stiff collar of an Edwardian clergyman but as soon as he tried to get a good look he too disappeared. McDowell then did his research and found that an earlier resident, the Canon Meissner, had witnessed the girl in the red dress inside the house. His wife and daughter had heard footsteps on the back stairs when no one else was in the house to make them. The daughter was also in a room and saw a door vibrate to the point of bursting when it did burst open no one was there, the girl’s dog stared at the doorway and then turned and fled. Ernest McDowell was himself no stranger to psychic abilities and had heard footsteps in the house himself, although he did not sense any sadness from the spirits themselves. Ghost hunter Hans Holzer used the services of famous medium Sybil Leek (1917-1982). Leek stated there had been a romantic tragedy in the mid-19th century involving the girl in the red dress and the clergyman, which kept both their restless spirits tied to the house.

The angry ghost of Greencastle

Hugh Marks of Kilkeel told WJ Fitzpatrick the story of the ghost of the old castle in Greencastle. WJ Fitzpatrick said the castle was once upon a time one of the most important fortresses in Ireland, guarding the entrance to the Kingdom of Mourne, standing sentinel over Carlingford Lough along with the corresponding fort of Carlingford. WJ Fitzpatrick said: “Hugh said ‘there was a strange boat came into Greencastle pier wan time and a wee man came ashore and made his way up to the ould Castle. He didn’t come out again but that night at 12 o’clock and for long after that at the same time every night the cattle kept roarin’ all night and burst their tyin’s to get out. They near went mad. The very pots an’ pans in the house kept rattlin’ and an old 8-day clock fell off the wall and never ‘went’ again. Well, the ructions went on every night for a long time and A heard the ould people say that there was a Council of Clargy got together to lay the ghost. They ordered him to be banished to the Red Sea for 520 years. The ghost pleaded wi’ them to throw off the 500 and make it only 20 and he would call again at the end of that time, but they stuck to the 520. A suppose there’s 120 years of the time up now”. It was 120 years when Hugh told the story, but it is a lot less now.

The banshee of Newcastle Harbour

Newcastle Harbour is said to be haunted by a banshee, a spirit in Irish mythology, who walks silently among the boats resting in the harbour. Locals claim that this manifestation of a small woman shrieks and wails with a high-pitched voice. Overlooking Newcastle Harbour is Bogey Hill. In 1843 there was a fishing disaster whereby many local men were drowned. A woman, dressed in black, is said to stand on the hill, looking out to sea, sobbing.

There are supposedly two ghosts in Killyleagh castle. The great hall still exists and it is said to be patrolled by the ghost of Anne, Countess of Clanbrassil, still protecting the castle that she so valiantly held against the mighty army of Oliver Cromwell. The second ghost is the wife of the Second Earl of Clanbrassil, Alice Moore. She poisoned her husband in her attempts to inherit the Hamilton properties. The Chris Scott radio show heard the story from a descendant of the Hamilton family, Gawn Rowan Hamilton, who said that the mother of the second earl wrote to her son to say the day he signs his new will, will be the day he signs his death warrant. He was found dead 42 days later. He had been poisoned by his wife Alice Moore. She fled to her brother south of the border. Then she claimed the Hamilton properties. Unfortunately for her, women were not allowed to claim property in those days so her brother took claim. It took over 60 years of legal cases but an early draft of the will was found and they used that to prove that the Hamilton descendants should inherit the properties. If you are ever near Killyleagh castle keep an eye for not one but two ghosts walking the halls.

There is a story of a ghostly ship that appeared on Carlingford Lough. Michael G Crawford told the story of how he remembers seeing the apparition of the vessel. “As midnight drew near we were very much surprised to see a small, white, vapoury cloud, low down in the water, out towards the Bar. “It came drifting up in our direction, towards Warrenpoint and in a straight line from where we rode at anchor. “We felt alarmed at this extraordinary phenomenon and observed it closely. As it approached us we could see appear dimly through the mist the tall masts and funnel of a steamer, as if she was rising from the breast of the sea. “Then the mast-head light, shining like a star, burst full upon us. “The ship was tossing, as if knocked about in a storm, although we lay in the dead calm. We could hear the sound of the water rushing against her sides and the wind blowing fiercely against her rigging as she rolled onward on her course. “When she came opposite to the Quays at Warrenpoint we saw the clouds of steam go up as if the whistle was shrieking a warning. “Then suddenly she slowly sank, her stern lights vanishing below the waves. “The vapoury cloud in which she was enveloped dissolved, fading out of sight, and nothing was left to our view but the calm moonlit waters of Carlingford Lough. “The boatmen in our humble craft were half-frozen with fear and the dread of the supernatural scene they had just witnessed and prayed to be themselves delivered from such phantoms of the deep. “I was personally convinced that I had witnessed a good ship go down just off the pier-head and I thought perhaps she had struck the ‘Scaur’ – a submerged bank that reaches out at that point. I forced the boatmen to row over to that place where we had seen the vessel sink. I fancied perhaps that some of her people might yet be holding on to floating pieces of wreckage. “We searched all about for some considerable time but all in vain. There was no evidence at all that a vessel had just gone down in that spot. “‘It was the Fetch! Or Ghost Ship of the Lord Blaney!’ The Lord Blaney sank with considerable loss of life in 1833.