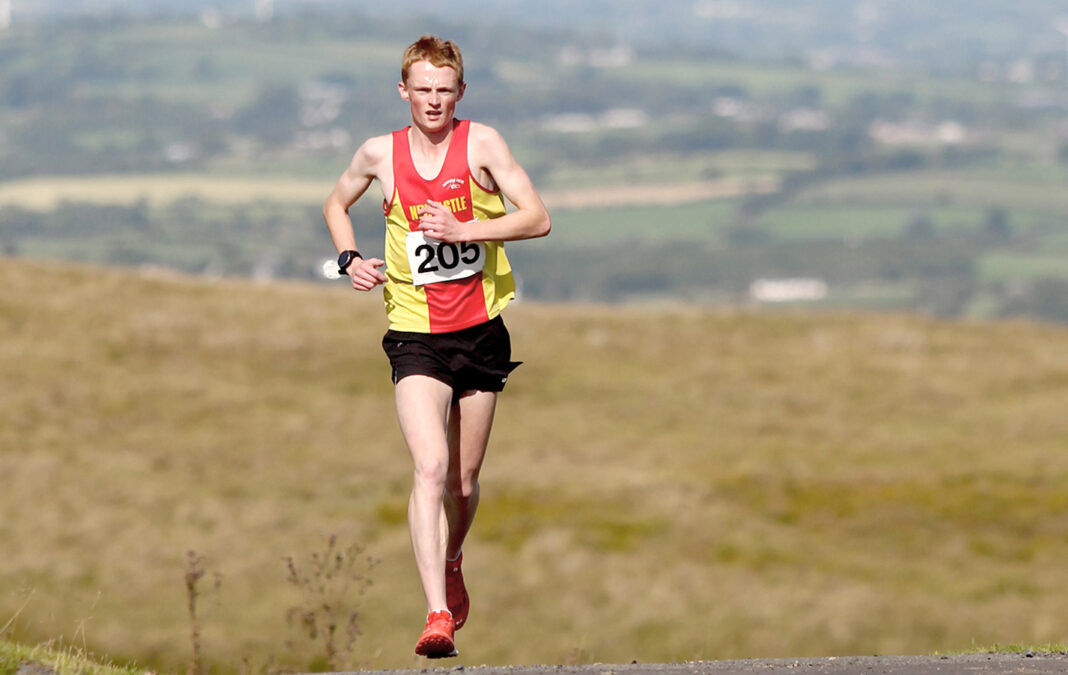 DROMARA man Zak Hanna stormed to fifth place in the men’s uphill kilometre race at the World Mountain and Trail Running Championships on Friday (4 November). The event was held over three days from Friday until Sunday in Chiang Mai, Thailand, with Hanna completing his 8.5km race in 49 mins 32 seconds. It goes down as the best Irish male result in the competition since John Lenihan won a World Championship title in Switzerland 31 years ago.

he best mountain runners in the sport, including a former World champion and a current European champion. Speaking of the achievement, Zak said: “To pull that out of the bag and get fifth, it still hasn’t quite sunk in to be honest. It’s one of those things you have to savour and just enjoy it while you can.”

The course itself was a 1,065m ascent in searing 30c heat and 70% humidity, somewhat different to what the County Down athlete is used to, but he believes he coped well with the conditions. “I probably coped with it better than what a lot of other people did, which was surprising to me, but whenever you do the work to prepare your body you hope that it pulls you through and thankfully it did. “I done a lot of acclimatising back home. I ran wearing extra layers when it was 24 or 25c and was using the sauna in The Burrendale (hotel) three days a week. I was really pushing my body to adapt and I think it made a difference.” Hanna’s season is now over, with the Dromara native looking forward to a well-earned recovery period. “I’ll start to plan for next year around January time but at the minute it’s just a case of getting recovered and resting. “I’m going to spend an extra few weeks in Thailand and then when I get back home I’m going to take a proper break from running for a while.”

The 26-year-old is excited about next season, however, and wants to build on his stunning result in Chiang Mai. “When you get a result like fifth in the world it just pushes you to want to go on and do more. I just hope I can build from this and constantly try to get better.” Hanna, who runs for the Newcastle and District AC club, says the support from back home has been immense. “My phone hasn’t stopped. It’s seven hours ahead over here (in Thailand) so I was racing at what would have been 3.15am back home. I left my phone back in the hotel and when I got back at four or five in the afternoon my phone just erupted.

“I’m sure a lot of people were waking up not knowing what to expect from me but hopefully it set their day up well, knowing I was fifth.” The Newcastle AC runner also had a special mention for the running club, who he says have helped him immensely over the years. “Newcastle (AC) have been brilliant. They’ve played a big part in helping me to get to where I am. Newcastle was the first club I considered joining and whenever I did, they welcomed me with open arms. “They’re a club full of wise heads and they’ve been fantastic in aiding my development as a runner and keeping me on the right path.”