Kilcoo wary of unfamiliar Finbarr’s side 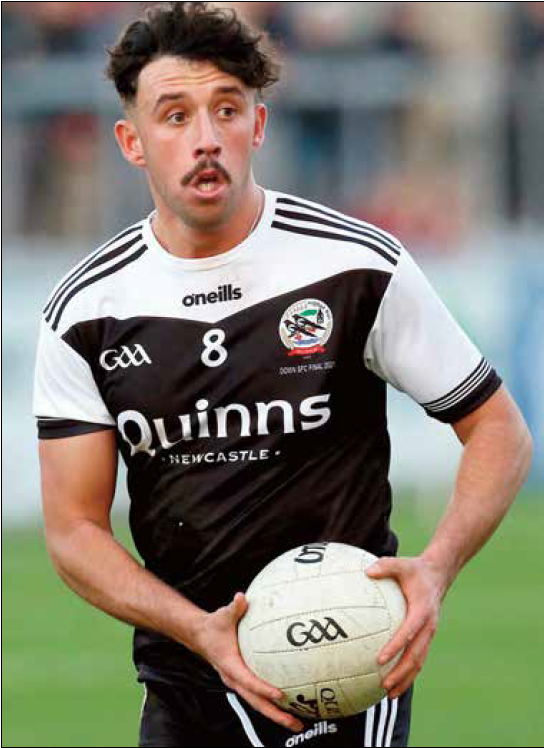 Kilcoo are feeling wary of St Finbarr’s of Cork in this weekend’s All-Ireland Club Senior Football Championship semi-final, as they believe the Munster champions possess a distinct advantage in the form of Conor McCrickard. The Munster champions have utilised the footballing talent of the young Liatroim forward, who transferred to the club last year, on their way to beating Austin Stacks in their provincial final less than two weeks ago. While he helped them to win county and provincial titles with his feet, according to assistant manager Conleith Gilligan, it’s McCrickard’s knowledge of Kilcoo that will give St Finbarr’s a huge head start against the Down and Ulster champions. “Conor McCrickard, being from the neighbouring parish of Liatroim will know all about Kilcoo. So Finbarr’s will have a massive advantage over Kilcoo because he will know them inside out. The advantage goes to them in terms of being able to prepare.” The opposite is the case for Kilcoo, who will not be able to drill down into the St Finbarr’s team and pick out the key aspects of each of their players and how they play. Gilligan said: “At least in Down and Ulster we have an idea of who the teams are and what they are about. The likes of Derrygonnelly, who had been in Ulster six of the last seven years, with the same group of players, we could see them and assess them. “Now we are playing St Finbarr’s who we know very little about, other than seeing them in games where they have been very good. It is a different proposition and there is a wee bit of unknown about going into a semi-final like that.” The strengths that they do know about St Finbarr’s include their full forward Steven Sherlock, who scored 0-4 against Austin Stacks. Brian Hayes is another forward to watch. Gilligan does know that St Finbarr’s play a physical game of football and will try to use strength at midfield to challenge Kilcoo. “They are a physical team, like Derrygonnelly, but they can also adapt and play a kicking game. “Austin Stacks are a serious team. Any team that beats the Stacks has to be damn good. To come out of Cork is hard enough, with the likes of Nemo Rangers, Clonakilty, and Castlehavan. But to come out and beat all them teams, and then to beat the Kerry champions, they are very formidable opposition. “We have to try and concentrate on being the best that we can be.” That said, Gilligan explained that Kilcoo are feeling positive. “The mood is good, everyone is in good form. Winning Ulster is very special, especially for players who have been knocking about for ten years to now have two Ulster titles. That’s very special. “We just have to look to push on and improve.” Gilligan told the Mourne Observer that he expected the squad to be fully fit for the game this weekend. So, they should have a full team to select from for Saturday’s game. Kilcoo beat Derrygonnelly on the same weekend as St Finbarr’s won. Gilligan said time pressures meant that their celebrations were cut short after the 3-10 to 0-3 win as the team turned their focus on preparing for the All-Ireland semi-final. “You don’t have much time because of the short turnaround.” What they will do is reflect on the Ulster final result. They were comfortable winners on the day. “There were loads of things that were good. I wasn’t expecting it to happen in the manner it did. “The last time we had played Derrygonnelly it was very tight. I watched them against Dromore and Clann Eireann and they were excellent. So they just underperformed on the day and we had a good day. It was very unfair on them the way the score line ended.” The positives that Kilcoo take from the game are many. “When Derrygonnelly got men behind the ball we were very patient. We waited and probed. The one chance we got for the goal we took it, and after that it opened the game up. “After they conceded the goal it was very hard for them to get back into the game, especially with their style of play.” Gilligan said that one of the areas of play which helped Kilcoo was their midfield. “Derrygonnelly might have been expected to lord it around the middle but I thought Aaron (Morgan) and Dylan (Ward) did brilliant. They were marking physically bigger players which is always hard for a midfielder.” Gilligan knows that, but so too will St Finbarr’s, thanks to Conor McCrickard, but will knowledge be enough to stop Kilcoo’s charge?