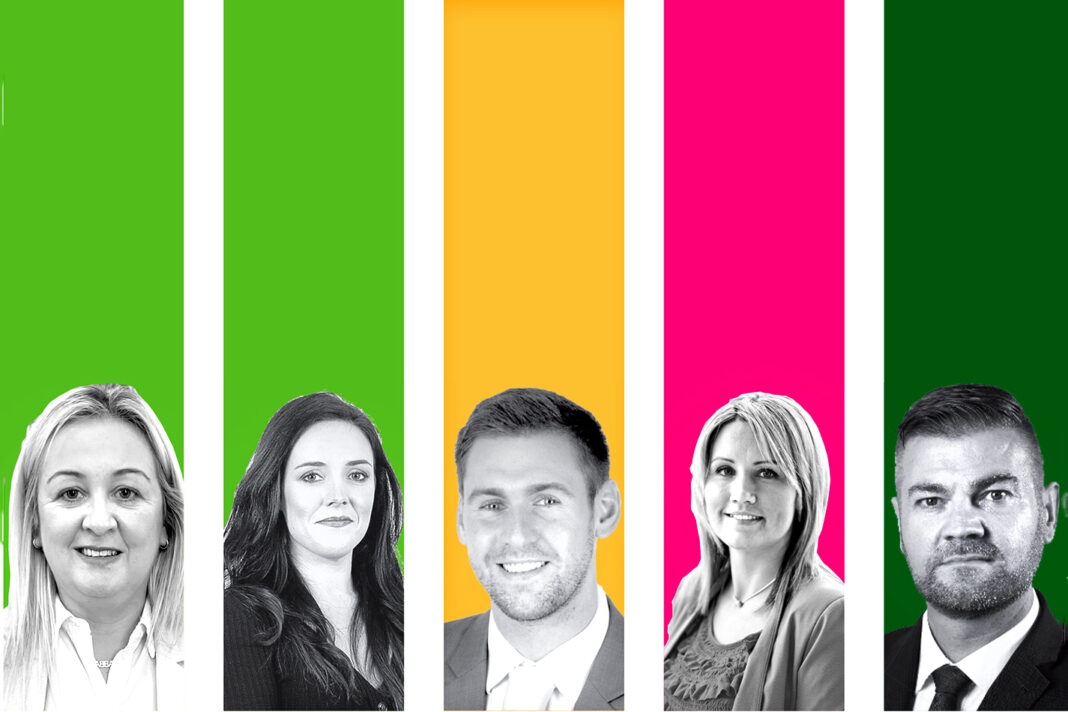 South Down played no small part in what has been widely acknowledged as a landmark Assembly election. Sinn Féin became the largest party at Stormont for the first time after Thursday’s poll – returning with 27 seats – and the emphatic success of local candidates Sinéad Ennis and Cathy Mason contributed almost 10 per cent of its election first preference vote total. The other standout news was the swelling of Alliance Party MLA numbers from eight to 17, with a first ever seat in South Down – claimed by Patrick Brown in his third Assembly election – indicative of this sea change. DUP representation has fallen from the 28 seats it won in 2017 to 25, though the party’s local candidate Diane Forsythe made some history of her own by becoming the first ever female unionist MLA returned in this constituency. The electoral malaise suffered by the SDLP was also evident in South Down, where it lost one of its customary two seats. Colin McGrath retained his place in Stormont, but Karen McKevitt was unable to hold onto the party’s other seat, won last time out by her party colleague Sinéad Bradley, in the face of the irresistible Alliance surge.

The two main themes of last week’s Assembly election – the spectacular overall triumph of Sinn Féin and the breakthrough surge of the Alliance Party – were reflected perfectly in the battle for seats in South Down. Sinn Féin’s Sinéad Ennis and Cathy Mason were confirmed early in an epic count that stretched over two days, preceding Patrick Brown’s capture of a local Stormont seat for Alliance for the first time. This essentially came at the expense of the SDLP’s Karen McKevitt, who failed to retain the seat vacated by her party colleague Sinéad Bradley, and who was ultimately unable to compete with her party colleague Colin McGrath and the DUP’s Diane Forsythe, who took South Down’s last two places on the Assembly benches. Counting for Thursday’s poll got underway on Friday morning in Belfast’s Titanic Exhibition Centre, and early figures illustrated that, whilst turnout in this constituency was down in percentage terms, it was up in real terms – from 49,934 in 2017 to 54,630, due to an increase in the registered electorate – and the quota was the third largest of all 18 constituencies at 9,159. That, however, proved no barrier to the Sinn Féin candidates. Ms Ennis easily retained the seat she first won in 2017 with a quota-busting, poll-topping 14,381 first preference votes – the highest of any candidate in any constituency – on the first stage of the count. Ms Mason’s tally was just 37 votes short of five figures at 9,963, her election to the Assembly bringing the curtain down on her tenure as a Slieve Croob councillor at an early stage, just three years after she first won her council seat. Under quota but clearly in pole position to take the remaining three seats, after this initial stage, were Mr Brown with 6,942 first preferences, Ms Forsythe with 6,497 and Mr McGrath with 6,082. The TUV’s Harold McKee posted a tally of 3,273, whilst Cllr McKevitt, a Crotlieve representative in council, received 3,006 votes, leaving her marginally ahead of Armagh City, Banbridge and Craigavon councillor Jill Macauley (UUP) on 2,880. Aontú’s Rosemary McGlone had a vote of 1,177, whilst the three other candidates making up the field all polled under 1,000 votes – the Green Party’s Noeleen Lynch (412 votes), People Before Profit’s Paul McCrory (205) and independent Patrick Clarke (134). The subsequent arrival of Sinn Féin president Mary Lou McDonald and vice-president Michelle O’Neill at the count centre, where they were greeted by Ms Ennis, Ms Mason and successful candidates from other constituencies also being counted there – in the glare of a large scrum of photographers and cameramen – was a telling sign that something historic and seismic was occurring, and so it proved to be the case. The completion of a third stage of counting before it broke for the night – with respective surplus votes from the new Sinn Féin MLAs having been reallocated – saw the four lowest polling candidates eliminated. If Friday was historic for Sinn Féin, Saturday proved equally so for Alliance. Mr Brown, now formerly a Rowallane councillor, came close in 2017, and, whilst the speed of the counting process seemed glacial at times, his election looked a formality. As the day progressed, his party’s breakthroughs across Northern Ireland sparked scenes of celebration amongst the sizable Alliance contingent present, and when Cllr Macauley exited after the count’s fourth stage, 436 transferred votes brought Mr Brown over the quota to 9301.3. He celebrated with party leader Naomi Long – as well as with jubilant colleagues, family and friends – and the journey from councillor to MLA was finally complete. Cllr McKee was next to drop out of the race, and 3,039 of his redistributed votes went straight to Ms Forsythe, taking her total to 11,073.5, allowing her to consolidate the DUP seat and to create her own piece of history as the first female unionist MLA elected in South Down. Significantly smaller transfers to Mr McGrath and Cllr McKevitt brought their final respective stage 6 totals to 9118.7 and 5,259.5, meaning that the former retained the seat he first claimed in 2016. Neither of the SDLP candidates were present for the denouement of the South Down race, perhaps signifying that their party’s election had been historic too, but for reasons less palatable than those experienced by others.