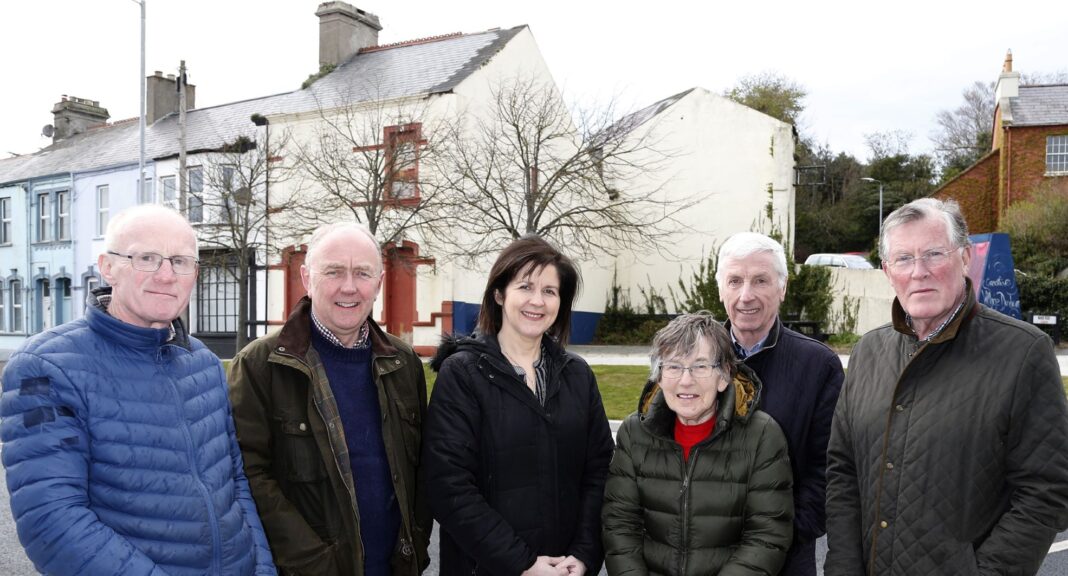 A FORMER Dundrum pub, which has lain derelict since it was blown up by the IRA 50 years ago, is to be redeveloped.

Dundrum Development Association has purchased the site of the former Castle Vaults bar, at the junction of Main Street and Manse Road, and plans to develop it to create two retail outlets, several apartments and car parking. After the explosion in 1972 part of the bar was demolished but the former lounge bar was retained, and opened briefly some years later before closing permanently. Now the remains of the building are to be demolished to make way for the new community development. The condition of the building has been causing concern locally in recent years and there has been evidence of young people gaining access to the derelict building.

A wooden hoarding is to be erected around the site in the coming weeks before a planning application is made for the new development. The purchase of the site is a major step for Dundrum Development Association, which has been keen to address the problem of dereliction in the village, particularly along the Main Street. Dr Paddy McComiskey, the chairman of Dundrum Development Association, said the purchase is an important one for the Association and for the village community. Money to purchase the property comes from the proceeds of the sale of the eight Murlough Holiday Cottages and the Round Tower restaurant, which were developed by the Association when it was first established in the early 1990s.

“When we made the decision to sell the holiday homes and the restaurant, and to further develop other homes on the site, it was to provide us with the money to invest back into the community for the benefit of our residents,” said Dr McComiskey. “We have been able to support our schools, sports clubs and community organisations in the village in recent years but the purchase of the former Castle Vaults site is a major investment in a site of dereliction which has been a blight on the village for 50 years,” he added. “It is a statement of our intent to tackle the problem of dereliction in the village and we hope that this will be the catalyst for the development of other sites in the village which have seen better days.” Dr McComiskey can well remember the explosion which occurred on December 27, 1972.

A 40lb bomb was placed inside the front door of the bar by IRA terrorists who shouted a warning before escaping in a car. Nearby houses were evacuated and police put up a cordon nearby, waiting for army bomb disposal experts to arrive. The bomb didn’t explode until around 11pm, with the bomb disposal experts just minutes away, blowing out windows in nearby shops and homes. The owner of the bar was Michael Cunningham and, according to news reports from the time, his ill mother-inlaw had to be carried from her bed out of the building during the evacuation.

The next morning Mr Cunningham and his staff had to salvage what they could from the bar. Dr McComiskey was just 15 years old at the time of the attack, living around 40 yards from the Castle Vaults and, like many others, came out onto the street when word went around that the bomb had been planted. “A cordon had been put up at the entrance to the harbour, which was much closer than was the case in bombing incidents in later years, “ said Dr McComiskey. “People were milling about and after a few hours, when the bomb hadn’t gone off, many thought it was a hoax and had started to return to their homes,” he added. “However, around 11pm some of us were still standing at the cordon and I can still remember the massive flash from the entrance of the bar and the huge bang and the bomb went off. “What I can distinctly recall is everybody put their hands on their heads as the debris came cascading down around us, it was an instinctive reaction,” he said.

Dundrum Development Association has a new website which has just gone live, giving details of the organisation’s activities, the causes and bodies it has supported and its plans for the future. https://dundrumdevelopmentassociation.o rg.uk/