GeneralSCHOOL PRAISED FOR EFFORTS TO LEND A HELPING HAND

SCHOOL PRAISED FOR EFFORTS TO LEND A HELPING HAND 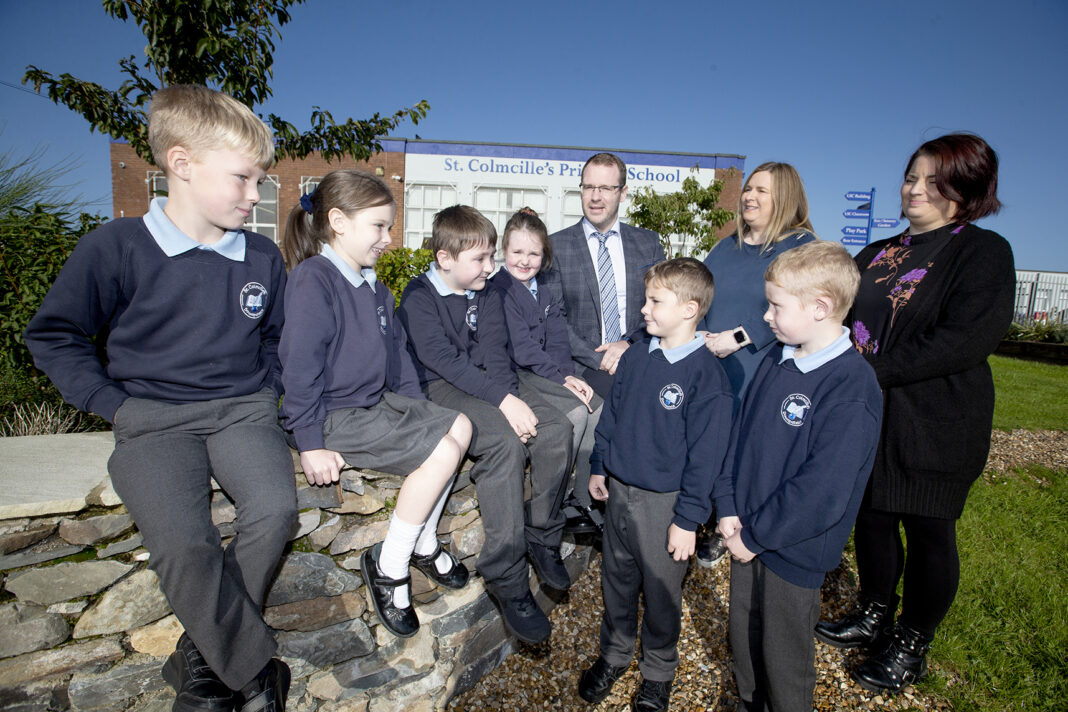 A local primary school has introduced a series of measures to help out in these challenging times. St Colmcille’s Primary School has been applauded for its decision to offer support as the effects of the cost-of-living crisis begin to be widely felt. The initiatives include offering up free snacks and drinks, low-cost afterschool and breakfast clubs and providing a free trip to a Christmas pantomime. The school is also offering a warm places and spaces facility on Monday evenings for anyone to use the school to come and enjoy a hot drink, read the paper and socialise. Details of the plans were announced on the Downpatrick school’s Facebook page last week, with dozens of locals praising the school for supporting its pupils, families and the wider community. One follower of the school’s Facebook page described the initiative as ‘inspirational school leadership’ while another summed up many people’s feelings, by writing: ‘Well done St Colmcille’s. That’s what all schools should be at.’ School principal, Mr Stephen Austin, said the school “wants to be known as a high quality educational facility but also as an organisation that continually supports and delivers for its community – particularly when times are tough.” He explained the ideas came about during a recent meeting of the school’s senior management team and that, in terms of financing these measures, St Colmcille’s Parents Teachers Friends Association are “very proactive and resourceful in their fundraising efforts”, that the school budget is carefully managed and the area’s Ballymote Community Collective have also pledged some financial support to assist with the measures. Putting on record how the school “has a fantastic school community, who always support the school in all of their educational and fundraising endeavours,” Mr Austin said a number of the measures have already been rolled out. He said he “wanted to be explicitly clear to our school community that firstly St Colmcille’s Primary School was empathetic to the cost-ofliving crisis and identified with the difficulties it was creating for some of our families” and also that “we wanted to help mitigate difficulties as best we could through a range of practical and supportive measures.” Already, a healthy snack and drink is available at break-time, and Mr Austin explained that initially he and his colleagues had considered a free breakfast club but, as not all children are able to arrive at school for 8.45am, the free break initiative was a way of targeting all pupils. This December’s trip to the Grand Opera House to see Cinderella will, he explained, be “educationally a worthwhile trip for pupils” and, equally importantly, is a way of reducing financial pressure on parents who may have felt some onus on them to organise a similar outing for their child over the festive period. Within the raft of measures announced, parents can also request a meeting with the school’s principal or vice-principal to explore support available from local agencies. Mr Austin said this is being offered as “it is important our parents not only know the supports available but also how to access them”. Turning his attention to the low-cost afterschool and breakfast clubs, he explained: “We want our children to have a healthy start to the day and be holistically developed through our afterschool programme. Prices are kept low to encourage maximum participation and to assist working parents.” With the school keen to assist the wider community, Mr Austin said the building will be open on Mondays between 6pm and 8pm “for any community member to come for free tea, coffee and biscuits, to read the newspaper or magazines and socialise, and “if demand is sufficient” it may open on additional evenings in due course. “It is not too much to open for a night or two and hopefully make life easier for community members who are struggling with sizeable electricity and heating bills at this difficult time. “Many of our school staff have offered to give freely of their time to support this measure which speaks volumes of their character and levels of vocationalism to their role,” he continued. Mr Austin added that the school is proud to be able to play its part.