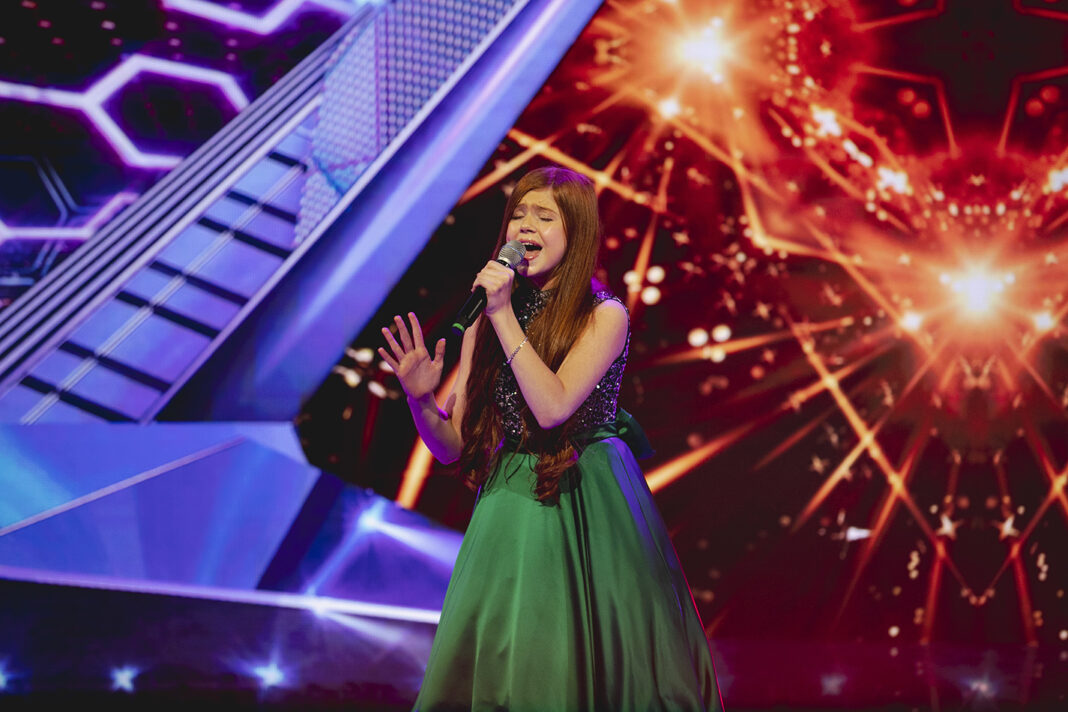 TALENTED young singer Sophie Lennon from Mayobridge has won the competition to find Ireland’s representative at the Junior Eurovision Song Contest. The Sacred Heart student beat off 4,000 hopefuls, to win the final with two ‘faultless’ performances of Tom Walker’s ‘Leave the Light On’ and Linda’s Martin’s Eurovision hit ‘Why Me’. Fellow finalists Clare Keeley and Niamh Noade were praised for their powerful and enchanting performances by judges Niamh Ní Chróinín, Chris Greene and guest judge Brian Kennedy during the TG4 Final on Sunday (23 October). All three finalists are students of Flynn Performing Arts, Newry. Director of Flynn Performing Arts Fiona Flynn said: “Throughout heats and televised shows, Clare, Niamh and Sophie have been amazing. “Huge congratulations to Sophie on such a fantastic win. “Both Clare and Niamh gave amazing performances and should feel so proud of their achievements. “I am immensely proud that a student of Flynn Performing Arts will represent Ireland on the world stage. “All three of these young performers have a very bright future ahead of them,” Fiona added. Sophie will be the ‘voice of Ireland’ at this year’s Junior Eurovision Song Contest in Yeveran, Armenia, on 11 December. Thirteen-year-old Sophie is no stranger to competition, coming third in last year’s Junior Eurovision competition final. Sophie said: “I’ve had the most amazing experience with the Junior Eurovision, it is so much fun and I have made lots of new friends too. I feel so proud to represent Ireland in the Junior Eurovision – it’s really a dream come true.” This year, Sophie was also named BBC School Soloist 2022 and was a semi-finalist on ‘Britain’s Got Talent’. Sophie was chosen as the star of new West End musical ‘Marnie and the Kaleidoscope’ which takes to the stage in 2023 and earlier this year appeared in an ITV Children’s series ‘Ted’s Top Ten’. Now in its 20th year, Junior Eurovision is a huge opportunity for the young hopefuls to showcase their unique singing and musical talents on a global stage. Fiona Flynn concludes: “Junior Eurovision will give Sophie such a huge platform. “To date over 40 countries have competed in two decades, but there’s never been an Irish winner. Maybe this is our year!”