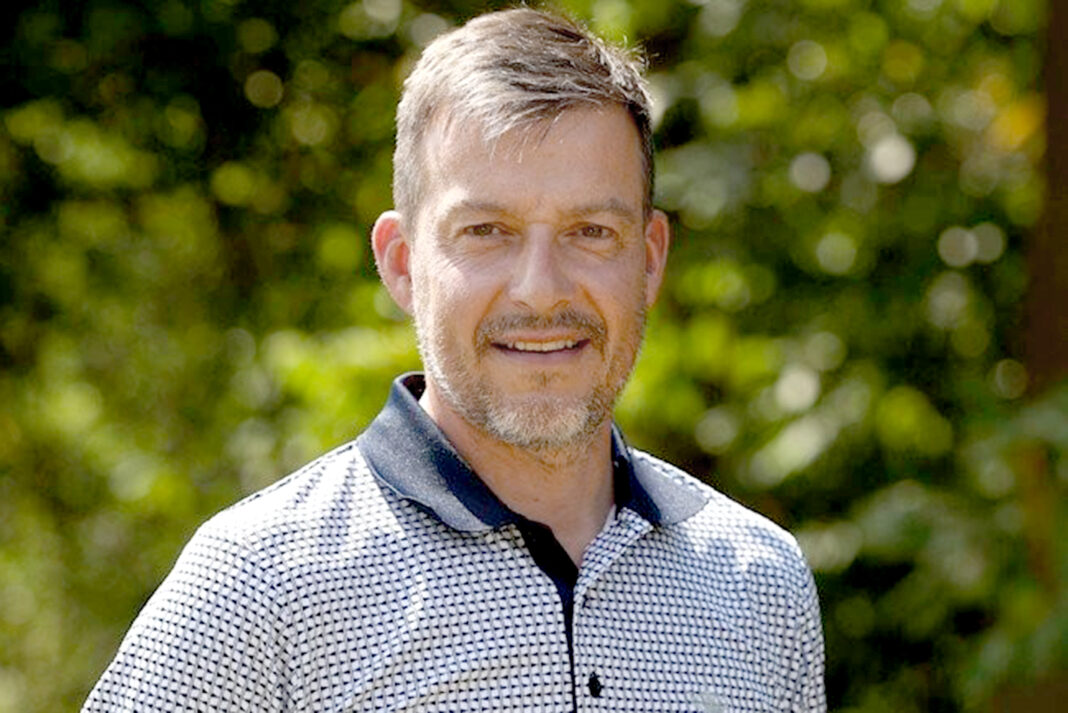 SIMON Thornton is relishing competing in the prestigious PGA Cup, at Foxhills Club and Resort in Surrey from 16-18 September. A former European Tour winner, Thornton was all class in booking his place on captain DJ Russell’s Great Britain and Ireland side. The Tulfarris pro qualified via his third-place podium finish at the PGA Play-Offs at Slieve Russell in April and he’ll look to make his vast playing experience count at Foxhills. “It’s going to be really exciting,” said the Newcastle man, whose sole European Tour win arrived at the Najeti Hotels et Golfs Open in 2013. “It’s always nice to be experiencing new things at my age and from what I’ve read, heard and watched when it comes to the PGA Cup, I’m just delighted to be in the team. “I haven’t played much team golf over my career. I didn’t play any amateur golf or anything like that, so it will be something new for me. “I believe it’s a long week so I can’t wait to get stuck in.” Thornton enjoyed his first victory on the Irish region at the Cahir Park Pro-am in August so he’ll be hoping that he’s timed his winning form for a big PGA Cup showing. Admittedly not quite as dedicated to the playing side of the game as he has been in past years, Thornton’s class has still shone through on many an occasion, not least when firing an 11-under par round of 60 en route to winning the PGA EuroPro’s NI Masters in 2021. For Thornton, pro-only competition continues to bring out the best in him and he hopes that environment, coupled with the responsibility of being part of a team, can ensure he’s on his Agame at the tournament in Surrey. “I’ve never shied away from the fact that pro-only golf gets my competitive juices flowing,” said Thornton. “When you’ve been involved in this game for as long as I have, it can become increasingly difficult to find that extra five or ten percent. “Playing with my fellow pros definitely brings that out of me, and that, combined with the team element of a PGA Cup and the extra motivation to produce for your teammates, can only help. “I’m really looking forward to spending some time with the guys and hopefully we can bring out the best in each other.” First played in 1973, the PGA Cup is a biennial contest between the PGA of Great Britain & Ireland and America. Widely regarded as the pinnacle of a PGA Professional’s career, the winner of the Ryder Cup-style format at week’s end at Foxhills will lift the famous Llandudno International Trophy. The USA are this year’s defending champions after defeating GB&I 14-12 at Barton Creek Resort, Texas, in 2019. There are 10 players in the team. GB&I qualification is determined by the top three finishers in the PGA Play-Offs plus five players on a points system over two years based on performances in the PGA Professional Championship, with two Captain’s pick.