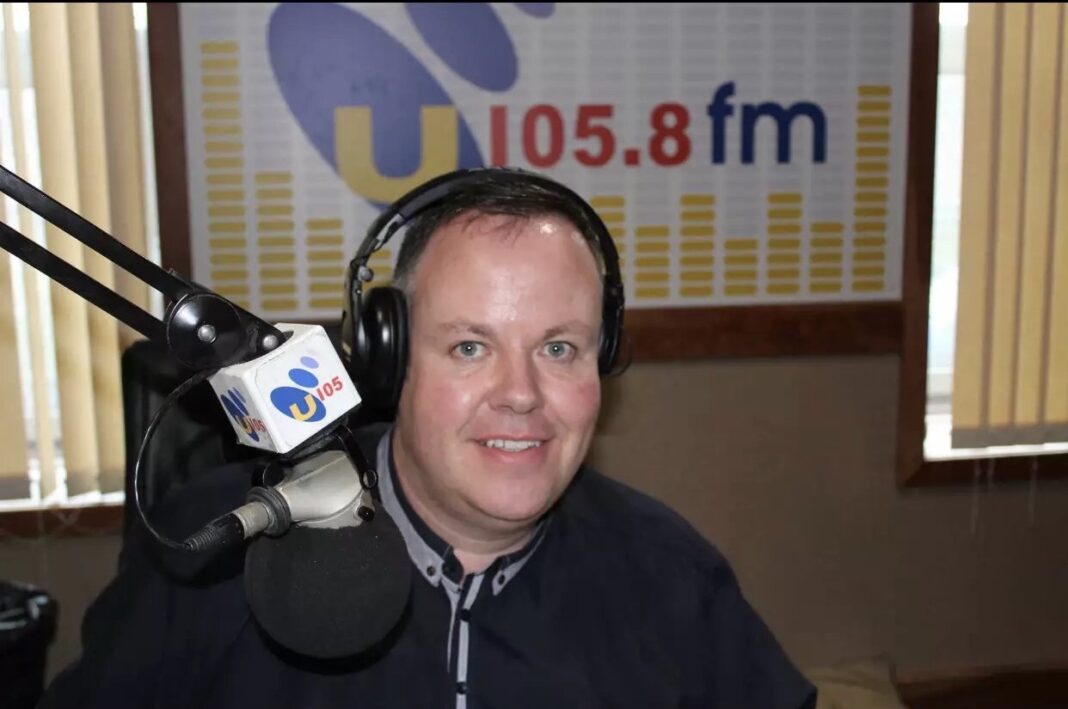 Tributes have been paid to talented local DJ Paul McKenna, who sadly passed away last week. Mr McKenna, who was 46 and from Newcastle, died following a two-year battle with cancer of the oesophagus. His funeral took place on Saturday. One of the touching tributes came from Cancer Fund for Children, for whom Paul had helped out as a volunteer. They said on their social media account: “We would like to pay tribute to our longterm supporter and volunteer Paul McKenna, who passed away this week. “Paul, who was a talented DJ and radio presenter, volunteered for many years at our therapeutic short break centre, Daisy Lodge. He donated his time and skills to support our fundraising events and his enthusiasm was infectious.” Speaking on behalf of the team at Daisy Lodge, Residential Services Manager Raph O’Connor said: “Paul was the kindest and gentlest human being. “He was always there to help us whenever we asked him for his time and support. He brought the party to many of our events through his DJ-ing and was so committed to the work we do here in Daisy Lodge. “I think I speak on behalf of everyone at Cancer Fund for Children when I say Paul will be greatly missed by the whole team. We send our heartfelt sympathy to his family and friends at this saddest of times.” Paul had spent his entire life working as a DJ, having dreamt about the career since he was at school. On his website he explained his first steps into the career that he loved: ‘When I was 15 I had a friend who had a mobile disco, I went to all the gigs and helped him carry the equipment and he told me if he was to get a gig in a nightclub full time he would allow me to take over the mobile disco, and so it happened he got a job, and my career begins.’ Paul’s career began in Central Park, Newcastle, and after working as a DJ in many places in Belfast, he moved into radio, working initially with 5FM in Newry, before going on to work at Downtown Radio, as well as U105. On their social media account last week U105 said their thoughts were with Paul’s family and friends at this sad time. ‘It was with great sadness that we all learned of the passing of our former presenter Paul McKenna. ‘Our sympathies and thoughts are with his family and friends.   ‘The family have asked for donations in memory of Paul to Marie Curie and NI Hospice.’ The passing of the much-loved DJ led many to post their condolences on social media, including many people who had enjoyed Paul’s skills as a wedding DJ, as well as his work on radio. They spoke of how Paul was a lovely person but also a talented entertainer.