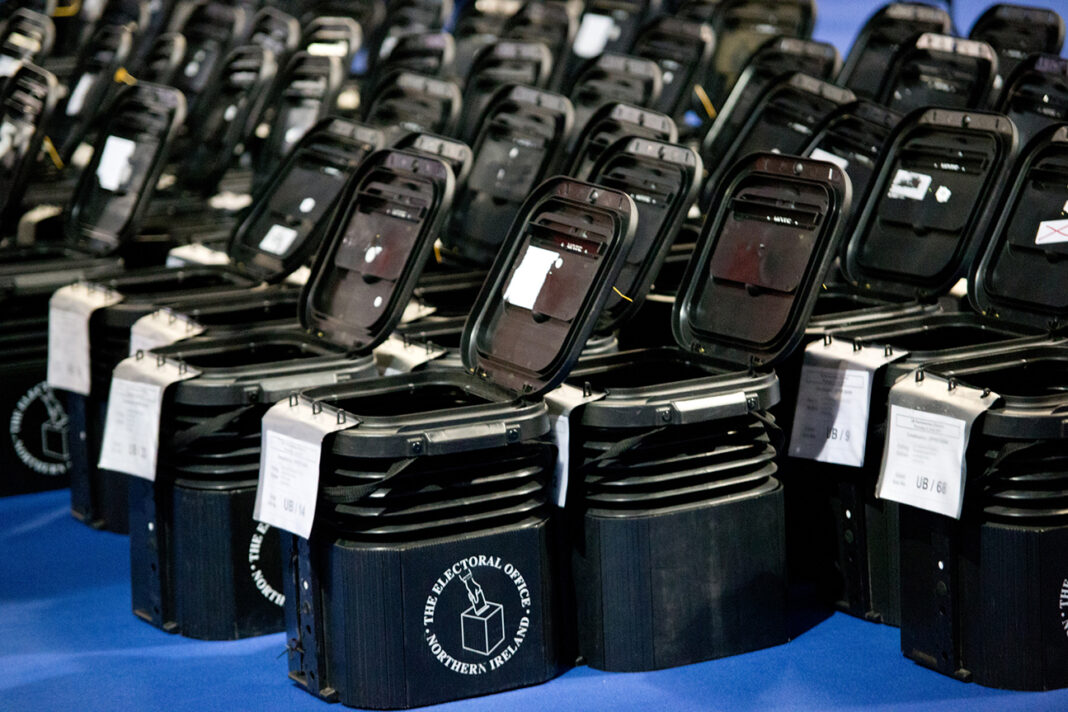 LAST year’s big political stories were of the election that was and the election that might have been. Local voters went to the polls in May to elect five MLAs for South Down, and it looked like a repeat was on the cards late in the year as the stasis at Stormont, following the DUP’s collapse of the Executive due to its concerns over the Northern Ireland Protocol, persisted.

However – mercifully, in the eyes of many, given how cold December turned out – Secretary of State Chris Heaton-Harris decided to kick the electoral can of an Assembly election down the road into 2023. This means that the year ahead looks very much like the old one – a guaranteed election and one that might happen, depending on how negotiations between the British Government and the EU pan out.

The guaranteed election is for the 41 seats that make up Newry, Mourne and Down District Council, whilst a rerun of 2022’s Stormont poll remains a possibility, albeit one without a discernible timeframe. Just before Christmas, it was confirmed that the local election has been put back by a fortnight from 6 to 18 May to avoid a clash between an anticipated second day of counting and the coronation of King Charles III.

The Alliance Party was first to show its hand for the council election, revealing its list of candidates in November. Incumbent councillors Andrew McMurray (Slieve Croob), Cadogan Enright (Downpatrick) and David LeeSurginor (Rowallane) are all seeking to retain their seats, whilst five other candidates – including in the Mournes and Slieve Croob, and a second runner in Rowallane – were confirmed. When contacted by the Mourne Observer – as all parties were – Patrick Brown MLA confirmed that he will contest any Assembly election in 2023, and also voiced his pride at the party’s choice of council candidates. “They are a hugely talented group, with a wealth of real-world experience, and each of them is deeply committed to their local areas,” he stated. “For years, they have been serving the community and working to improve local amenities, campaigning for better environmental protections, speaking up on local issues and challenging the lack of transparency at council.” “Alliance has built a reputation in South Down for not just talking about issues and policy, but delivering for people and that is the positive message we will take into the next council elections.”

SDLP MLA Colin McGrath confirmed that it is anticipated that all his party’s current councillors – including in the Mournes, Slieve Croob, Downpatrick, Rowallane and Crotlieve – will run again, with “a number of new candidates to be announced in the early New Year, once ratifications are concluded”.  “In terms of the Assembly, we would hope that there will not be a need for an election, and that the DUP will return to power-sharing,” he said.  “This is causing untold damage to the north.  “If there is an election called, I intend to seek my party’s nomination once more to represent the people of South Down.  “As to a second candidate, we would know more once an election is called.”

Whilst not confirming any of its candidates, Sinn Féin – the largest local party with 16 councillors and two South Down MLAs (Sinéad Ennis and Cathy Mason) – said that it is “ready to form an Executive, and work together with all other parties to make politics work for everyone and deliver real change for all our communities”. “The public want and deserve an Executive to support them through the cost-of-living crisis, to help fix the health service and to build a better future for all our people,” a statement read. “The DUP’s boycott of the Executive is punishing ordinary people who need help now. “The British Government must stop their delays and indecision, and spell out clearly how they intend to restore the Executive and get us out of the state of limbo they have created.”

It concluded that, in 2023, it is “important that we continue to deliver the real change that people voted for in May, and move forward confident, optimistic and ready for the future.” The DUP has confirmed that it will have “six new councillor candidates and three will be defending their seats for another term in Newry, Mourne and Down District Council”, and that the final list will be “sorted early in January”. The party currently has five seats.

The DUP won three seats in 2019, and their ranks have since been swelled by the addition of former independent Henry Reilly in the Mournes and former UUP councillor Alan Lewis in Slieve Croob, whilst Yvonne Moore stepped in to replace William Walker last year. But shortly before Christmas DUP leader Jeffrey Donaldson announced he was welcoming two new DUP councillors for the Rowallane area – Jonny Jackson and Callum Bowsie. They are replacing Ms Moore and Dr Kathryn Owen, who announced last month that she had decided to step down from her role as a local councillor.

No comment was made in relation to an Assembly election, though, given Diane Forsythe retained a seat for the DUP in South Down last year, it is highly unlikely that she wouldn’t run in the eventuality of one being called. The UUP did not respond to queries, but the Mourne Observer understands that James Savage – who stood for the DUP in Downpatrick at the last council election – will run alongside Robert Burgess in Rowallane. Lloyd Douglas – son of former councillor Gerry Douglas – was last month confirmed as the party’s candidate for the Mournes, whilst they will also be seeking to regain the seat they won in Slieve Croob last time out. Former Mournes councillor and current party chairwoman Jill Macauley contested the Stormont election for the UUP last year. Mournes TUV councillor and former MLA Harold McKee has not yet commented on the council election or the possible Assembly election, though there is a strong likelihood he would contest both. Crotlieve was unique at the last local election, given that it returned two independent councillors. Jarlath Tinnelly, who topped the poll in the DEA the last time, has said that he “absolutely intends to run in the election”. Mark Gibbons, elected for the first time in 2019, has not yet publicly confirmed if he will seek to retain his seat.